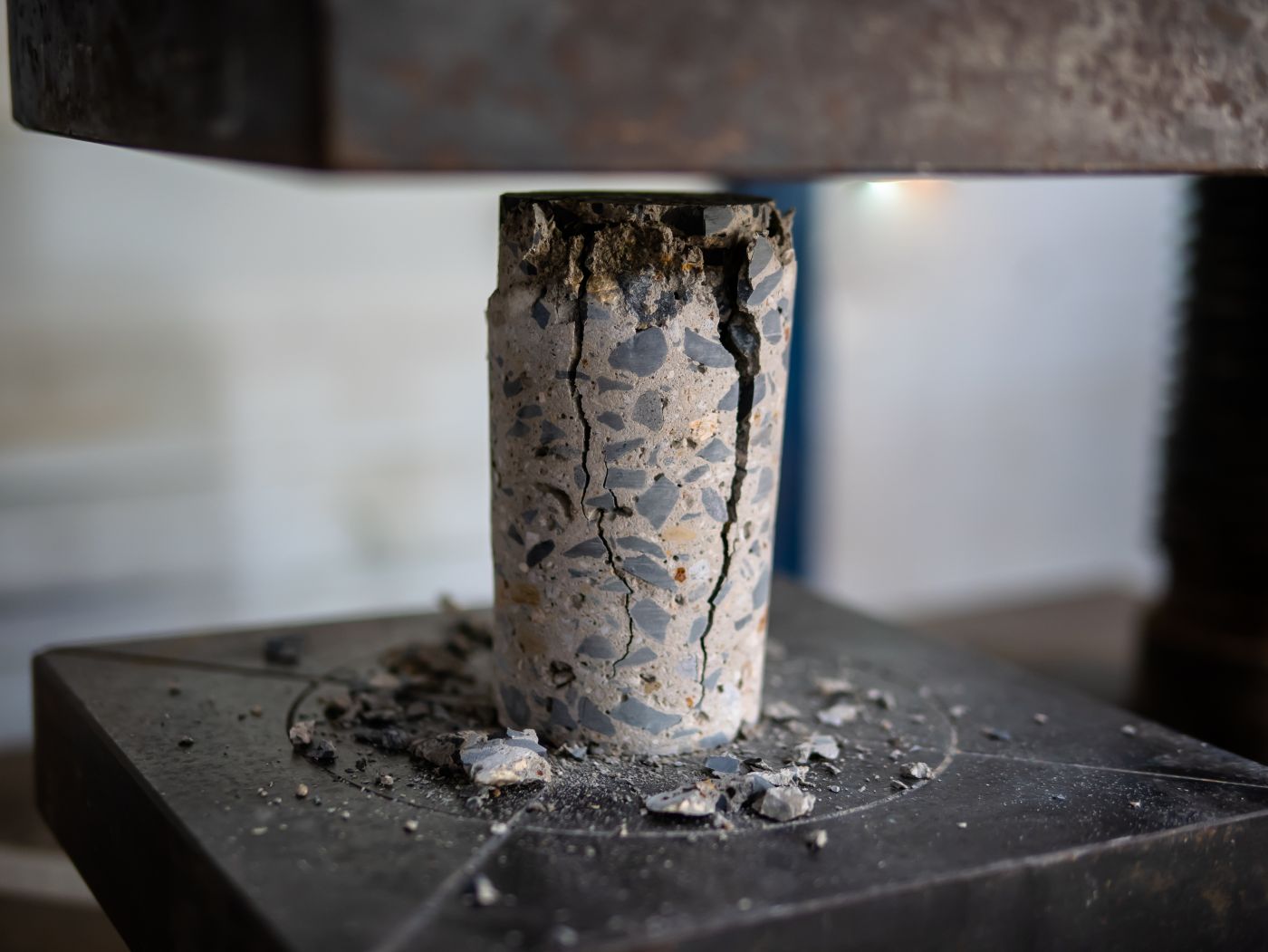 Hardness is the basic quantitative engineering property of a rock sample. Assessing the strength and deformability of rock mass is of great importance for the implementation of numerical analyses in rock mechanics.

The rock is sampled by core drilling, and the sample that best represents the rock mass is selected. The minimum diameter of the sample is 47 mm, and it is 10 times larger than the largest grain in the sample. The ratio of length to diameter of the sample (L/D) must be between 2 and 2.5 according to the ASTM (American Society for Testing and Materials) standard, and between 2.5 and 3 according to the ISRM (International Society for Rock Mechanics) standard.

Cylindrical surfaces are prepared by grinding to make them flat and smooth. The ends of the sample must be leveled within a tolerance of 0.02 mm, with the vertical axis within 0.06 degrees. The load on the sample should be applied continuously, in such a way that failure occurs within 5 to 10 minutes from the start of stress. Continuous load increase is from 0.5 to 1 MPa.

The device used in uniaxial compressive strength testing consists of the following parts:

After it is placed in the testing device, the sample is loaded with an axial force. Stress is measured simultaneously.

The compressive strength of the test sample is determined according to the following equation:

where σ is the uniaxial compressive strength in MPa, P is the force failure in kN, and A is the sample area in mm2.

Axial and radial deformation (εax i εrad) are terms that refer to the changes in the height and diameter of the sample due to the applied load, and these are measured using a displacement sensor during the test.
Figure 2. shows the deformation curves for uniaxial stress.

With regard to the uniaxial compressive strength, the rock can be classified as very weak to strong according to the following scale:

In most sedimentary rocks uniaxial compressive strength increases with the age of the rock due to a larger degree of lithification and decreased porosity.

It is worth mentioning that this test cannot fully replicate the actual rock strength because it does not take into account in situ factors such as discontinuities, faults and wear on a larger scale. However, in-situ rock mass testing is rarely practical or economically possible, and uniaxial compressive strength testing is a simple and widespread test that can, through a standardized procedure, generate values we consider representative.