Oedometer soil test - procedure and results I Geotech d.o.o. I 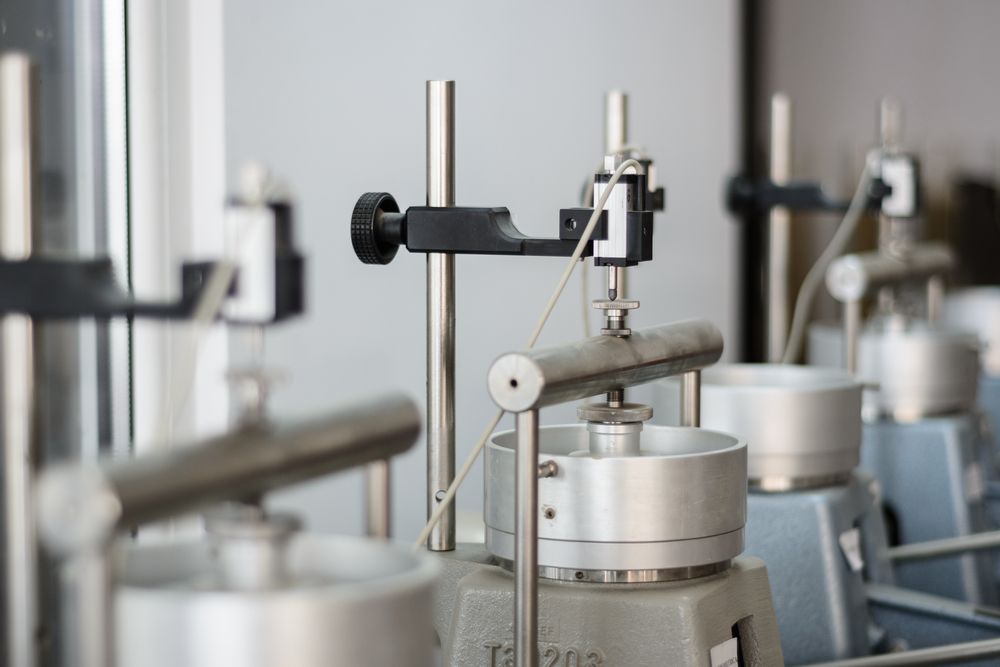 Predicting the settlements of structures is one of the most demanding problems faced by designers in geotechnics. Disregard and incorrect assumptions about foundation soil compressibility can lead to additional stresses within the structure and ultimately to its cracking and collapse.

Two components are most important to designers observing settlements:

The oedometer is a laboratory device used for the examination of soil compressibility under a load and under conditions of prevented lateral strain in the soil. An undisturbed soil sample is installed for the test and then the initial height of the soil and the change in height due to load application are measured.

The basic parts of the oedometer are:

The presence of water in the soil pores slows down the deformation. The fastest changes occur immediately after the application of the load, and then slow down continuously. Typical read times of cap position change are after 4 s, 8 s, 15 s, 30 s, 1 min, 2 min, 5 min, 15 min, 45 min, 2 h, 4 h, 8 h, 24 h, 2 days, 3 days and so on until the deformation subsides. Once the deformation has subsided, the next degree of load is applied, usually twice as large as the previous one during loading or four times smaller than the previous one during unloading.

Using the compressibility coefficient (av) it is possible to determine the value of the modulus of change of the volume of the soil sample (mv):

The modulus of compressibility of a particular soil type is not a constant value because it depends on a particular stress state for which a change in volume is observed. For this reason, the experiment needs to be performed for multiple ranges of vertical load change (e.g., 50–100 kPa → 100–200 kPa → 200–400 kPa). The maximum load ranges at which the soil sample is tested depend primarily on the depth of intervention for which the deformation characteristics of a particular soil layer are needed.