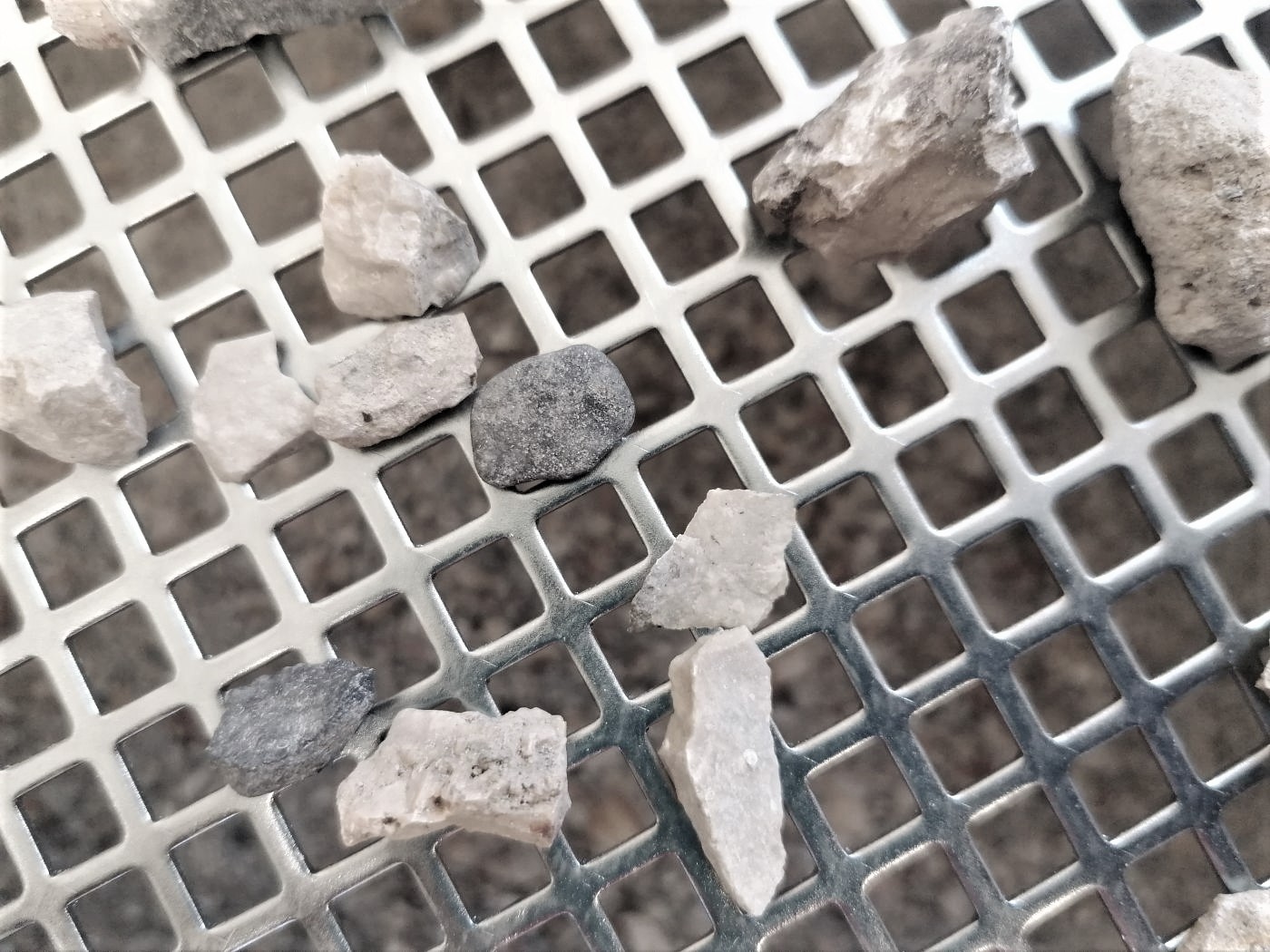 All soils consist of differently sized and shaped particles (grains). These particles are grouped into size intervals (fractions). The distribution of fractions makes up the granulometric composition of soil (Latin granulum – small grain).

The granulometric composition or particle size distribution of soil is one of its basic descriptive parameters, used for evaluating the physical and mechanical properties of soil and classifying soil, as well as either an indicator or a realistic measure for evaluating if soil is fit for a planned intervention.

When dealing with coherent soil, pretreatment may be necessary. The aim of the pretreatment is to remove any organic particles or calcitic bonds, as their presence can interrupt the analysis procedure and yield imprecise results. Likewise, the hydrometer method requires anticoagulant treatment. This is because suspended smaller particles stick to each other and form larger particles, a process called flocculation. An anticoagulant will ensure particle dispersivity, in order to avoid significant errors in measurement.

The analysis is conducted on a representative sample. A larger mass of soil is divided into smaller parts, and out of these a sample of adequate quality is selected and used for analysis.

Grain size analysis can be conducted in three ways:

Sieving is a procedure used to determine the quantity of gravel and sand fractions in a given soil.

Sieves of different aperture sizes are stacked in a desired sequence. Sieving can be performed by hand or using a mechanical sieve shaker. Incoherent soil with no smaller particles needs to undergo the dry sample method, while combination soil requires washing (wet sample method) which removes particles smaller than 0.063 mm. After the washed sample dries, it may be sieved according to the dry method.

The hydrometer method is a procedure used to determine the quantity of silt and clay fractions in a given soil. It is named after the hydrometer, an instrument used to measure fluid density (e.g., the density of a soil suspension).

The measured density, the depth at which it was measured, and the sedimentation time make it possible to determine particle diameter and its quantity.

This procedure is based on Stokes’ law, an expression for drag force exerted on spherical objects with very small Reynolds numbers (very small particles) in a viscous fluid. This expression is used to determine the velocity of a sphere falling in fluid:

Water content is determined separately and used as a mass correction factor.

The sample is treated with an anticoagulant or dispersing agent solution, followed by the removal of particles over 2 mm in size. The soaked sample is then transferred into a sedimentation cylinder. The hydrometer is placed into the soil suspension, and readings are taken from the hydrometer meniscus after predetermined periods of time, up to 24 hours. Additionally, temperature readings are recorded after every hydrometer reading.

The test results are most often presented in graphical form, as a granulometric curve. The curve can be used to visually estimate certain parameters such as the coefficient of curvature (Cc) and the coefficient of uniformity (Cu), which are also expressed quantitatively. Grain diameters with the percentage of sample grain (d10, d20, d30 and d60) below them are often shown, as well as the share of basic soil groups in the sample.