The Louisiana – from the most important road to a tourist attraction 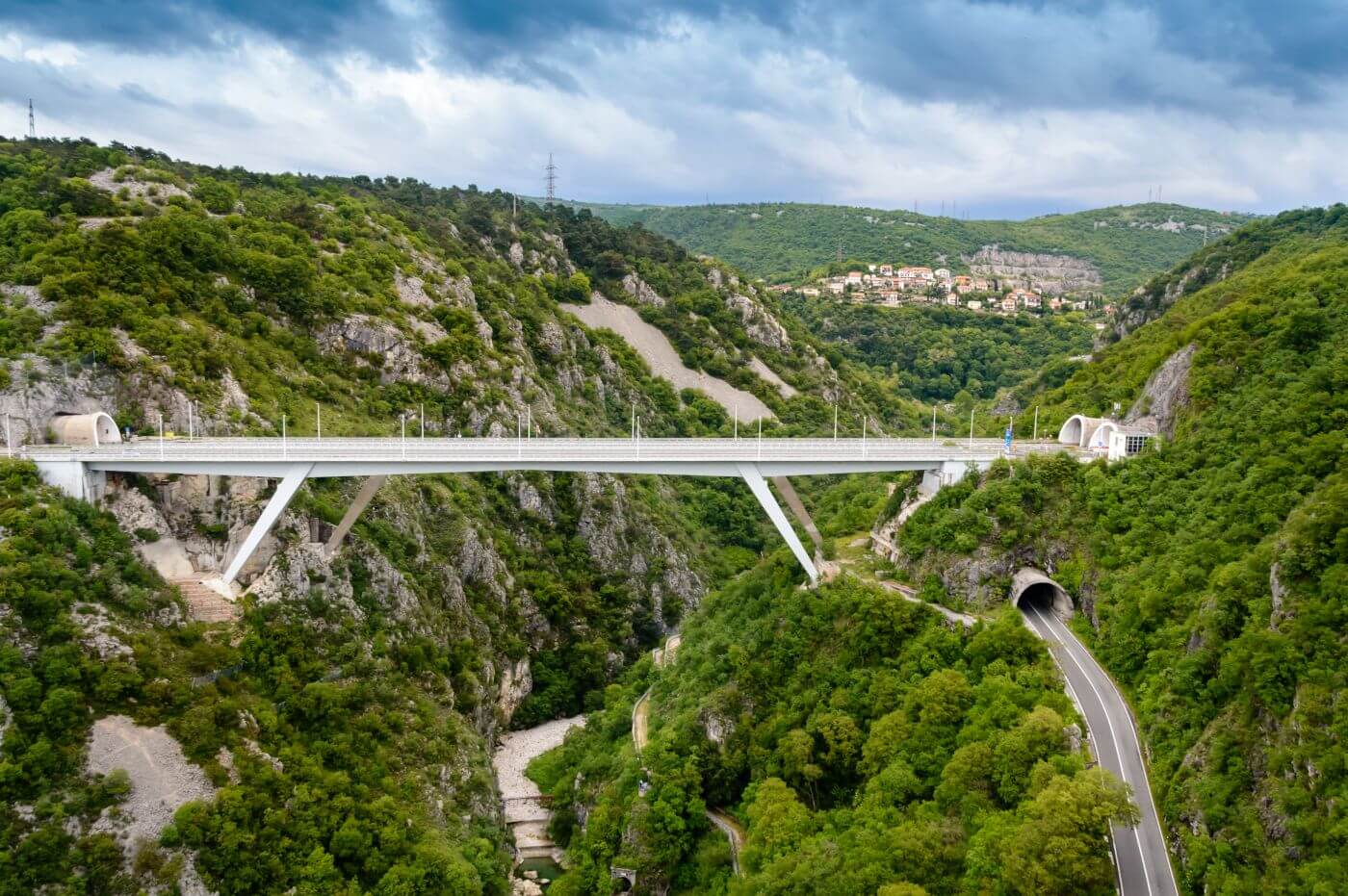 The Louisiana road (also known as Louisiana and Via Ludovice) was one of the most important roads in Croatian history. It was the shortest road connecting Rijeka and Karlovac and one of the most significant roads in Austria-Hungary. Not only did it meet the requirements of developing commerce and both manufacturing and industrial production at the time, but it also stimulated the development of settlements along the road.
The Louisiana was named after Maria Luisa, the second wife of Napoleon and daughter of Francis I. The construction of the road lasted from 1803 to 1811, with several interruptions. The total length was 141 km.

Field marshal lieutenant Filip Vukasović was responsible for the design and construction of the road. The alignment of the new road from Rijeka to Karlovac began in February 1803 in the Rječina canyon towards Grobničko polje. Construction work in extremely difficult terrain began as early as mid-March of the same year. At the very beginning of construction, engineers encountered many problems, for example steep cliffs over the deep-cutting Rječina canyon. A possible outbreak of war against Napoleon also threatened the project and there was no time to record the entire alignment to Karlovac.

The Louisiana was built in stages over the years – in 1804 it was built up to Gornje Jelenje, in 1805 to Zalesina, in 1806 to Skrad, in 1807 it was over Vrbovsko, in 1808 it reached Severin na Kupi, and in early 1809 it reached Mala Jelsa, about four kilometers from Karlovac.
At some of the sections, the road was built with only half the width and later rebuilt to be opened for traffic as soon as possible. The width of the road at a bend was 8.20 meters and in sharp turns up to 14.40 meters, while the slope reached a maximum of six percent. Along the entire Rječina canyon, engineers cut one side of the road into the rock while the other side was laying on retaining walls, up to twenty meters high.

In the cut just before Rijeka (Banska vrata), Vukasović had the inscription “per gli increduli” (to those who do not believe) carved, for all of those who did not believe that it was possible to build a road in the steep side of the canyon. After Jelačić’s victory over the Hungarians in 1848, the bight was renamed Banska vrata, and the inscription was replaced the following year with an inscription dedicated to ban Jelačić.

After Rijeka was annexed by Italy in 1924, traffic along the Louisiana started weakening. The road maintenance was expensive, and over the years the structure deteriorated.

Retaining structures along the road

Along the road there are massive, gravity retaining walls made of cut stone. To reduce the pressure on the retaining walls, a road embankment of the cut stone composition behind them was executed.
The stone retaining walls are made in a slope and are additionally stabilized with counterforts at several points.

From 1947 to 1954 the Louisiana was reconstructed several times. The biggest problems were in the Gorski Kotar area due to high climbs and turns with poor visibility and strong winds and heavy snow in the winter. From Sopač near Lokve to Gornje Jelenje, about 15 kilometers in length, a completely new route was built, and from that point the direction towards Delnice was improved. The highest point of Louisiana, 928 meters above sea level, is Ravno Podolje near Mrzle Vodice.

The area from the Rijeka Delta to the Grobničko polje was not included in the reconstruction to a great extent. The expansion and modernization of the port of Rijeka and the refinery, the growth of tourism and development of shipbuilding would not have been possible without a good road connection of the Northern Adriatic with the inland of Croatia.

Although the Louisiana was built several centuries ago, it paved the way for today’s modern roads. With the construction of the Rijeka – Zagreb motorway, the Louisiana lost its importance for traffic. It is now mostly visited by locals and those who want to enjoy the natural beauty of Gorski Kotar and the hinterland of Rijeka.