Vajont - a tragedy that killed more than 2,000 people I Geotech doo I 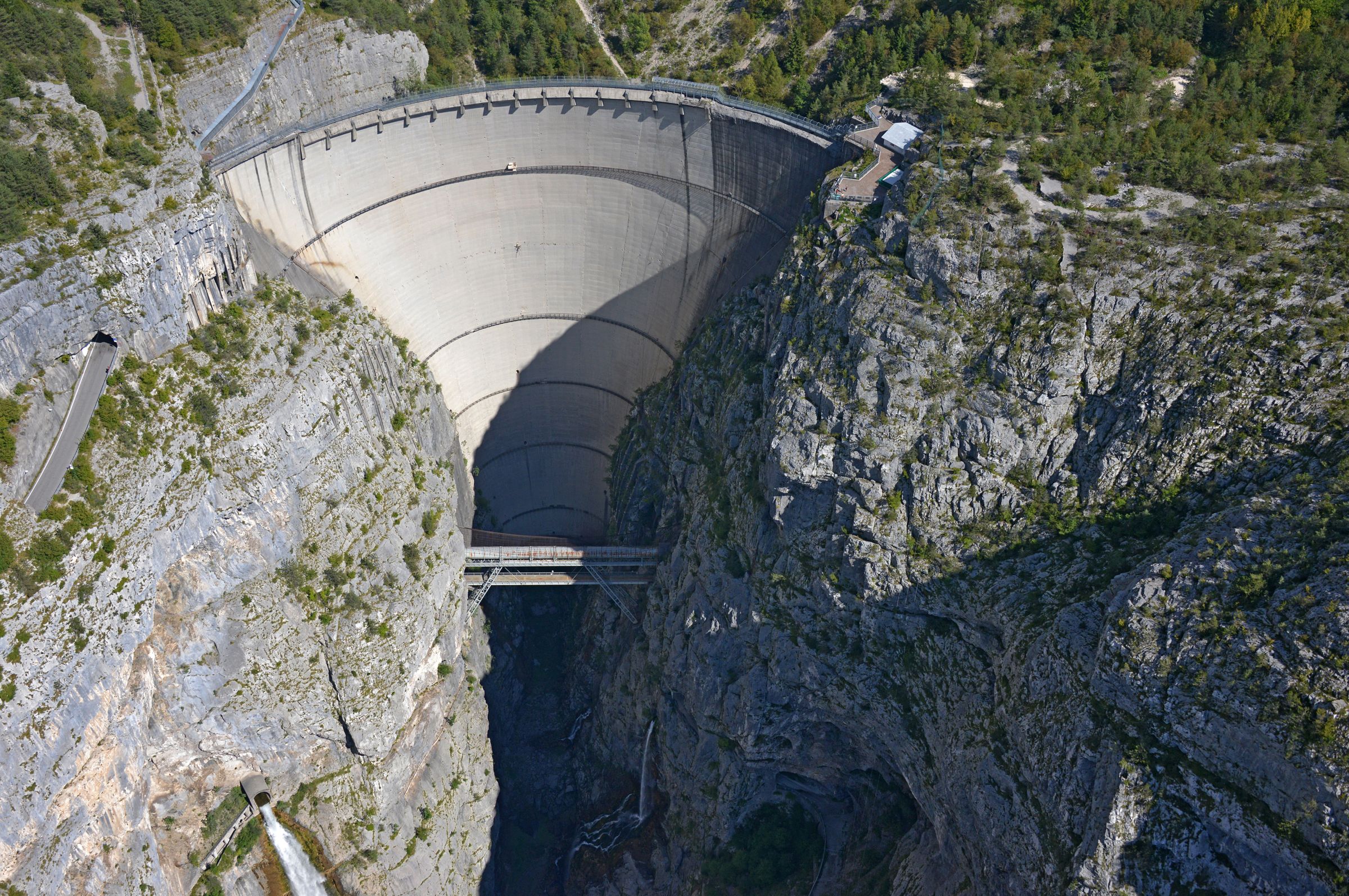 Vajont – a tragedy that killed more than 2,000 people

Fifty six years ago today, Italy suffered the worst man-made environmental disaster in its history: an inland tsunami that swept away entire villages and left nearly 2,000 bodies behind.

A reinforced concrete dam with a height of 262 meters (859 feet) is located in the valley of the Vajont River under Monte Toc in Dolomites, Italy. When built, it was the tallest dam of its kind in the world. At the time, northern Italy was an area of strong industrial development that required large amounts of energy. For this reason, the dam was supposed to harness the waters of a small mountain stream to create a lake meant to generate hydroelectric power. 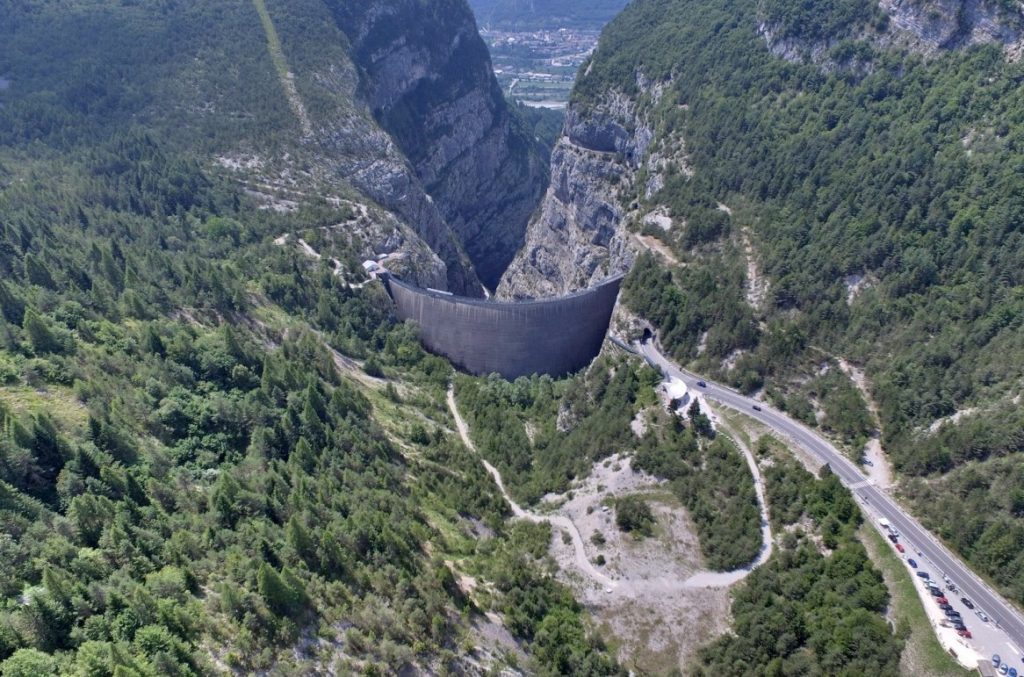 The idea for making a huge dam on the Vajont River first appeared in the 1920s. The contract for its construction was given to a company called SADE (Societa Adriatica di Elettricita). Despite the warnings and negative opinions of engineers and the local population, SADE managed to take up the land where the dam was to be made.

The assumptions on which the designers based the technical justification and security were unfounded. The canyon sides in the area of future accumulation, especially on the left bank, were not compact but multilayer rocks of different physical properties (limestone, clay). The first pilot filling of the accumulation area began in February 1960 before the dam was completed. The first signs of instability were noticed on the banks above the lake – the south coast slid about 3.5 cm / day, and a 2 km long crack was formed. The first landslide weakened the canyon cliff’s stability and indicated the possibility of a larger sliding.

More detailed geological tests were executed on the boreholes in which piezometers were placed. They showed that the sliding surface was very deep, so a seismographic laboratory for earthquake monitoring was set up near the concrete dam. Observations were made using reflectors placed on the geodetic points.

Picture 2. The cross-section of the landslide

These studies have shown that the area is very unstable and there is a risk of the mountainside sliding and collapsing.
However, SADE decided to ignore the warnings of the experts and continued working and insisting that the dam was safe.

On October 9, 1963, at 10:39 pm, a part of the mountain from the top of Monte Toc, (north of Venice, in the Dolomites) slide into the reservoir below the Vajont dam and caused the water to rise up to 250 meters. This produced a huge tsunami wave of at least 50 million cubic meters of water that burst over the edge of the dam.

The flooding from the huge wave in the Piave river valley destroyed villages, killing around 2,000 people and turning the land below the dam into a flat plain of mud with an impact crater 60 meters (200 ft) deep and 80 meters (260 ft) wide. The town of Longarone, almost directly below the dam, was nearly completely destroyed and many small villages near the landslide also suffered damage from the giant displacement wave.

Picture 3. The Vajont Dam before and after disaster

The disaster immediately became the subject of political wrangling in the mediascape. Conservative newspapers depicted the event exclusively as natural and unavoidable: the dam and its builders were not responsible. Opposition newspapers alluded to the fact that the disaster could have been avoided and that the main cause was human (engineer) mistake.

Subsequent engineering analysis focused on the cause of the landslide, and there is a an ongoing debate about the contribution of rainfall, dam level changes and earthquakes as triggers of the landslide, as well as differing views about whether it was an old landslide that slipped further or a completely new one. There were a number of problems with the choice of site for the dam and reservoir: the canyon was steep-sided, the river had undercut its banks, and the limestone and clay-stone rocks that made up the walls of the canyon were inter-bedded and inclined towards the canyon’s axis.

By some miracle, the dam survived this catastrophe. The high concrete giant still closes the canyon of the river Vajont and has not produced a single kilowatt of energy. It has never been refilled again. The dam was partially opened to the public in 2002 with guided tours and access to the walkway along the top. 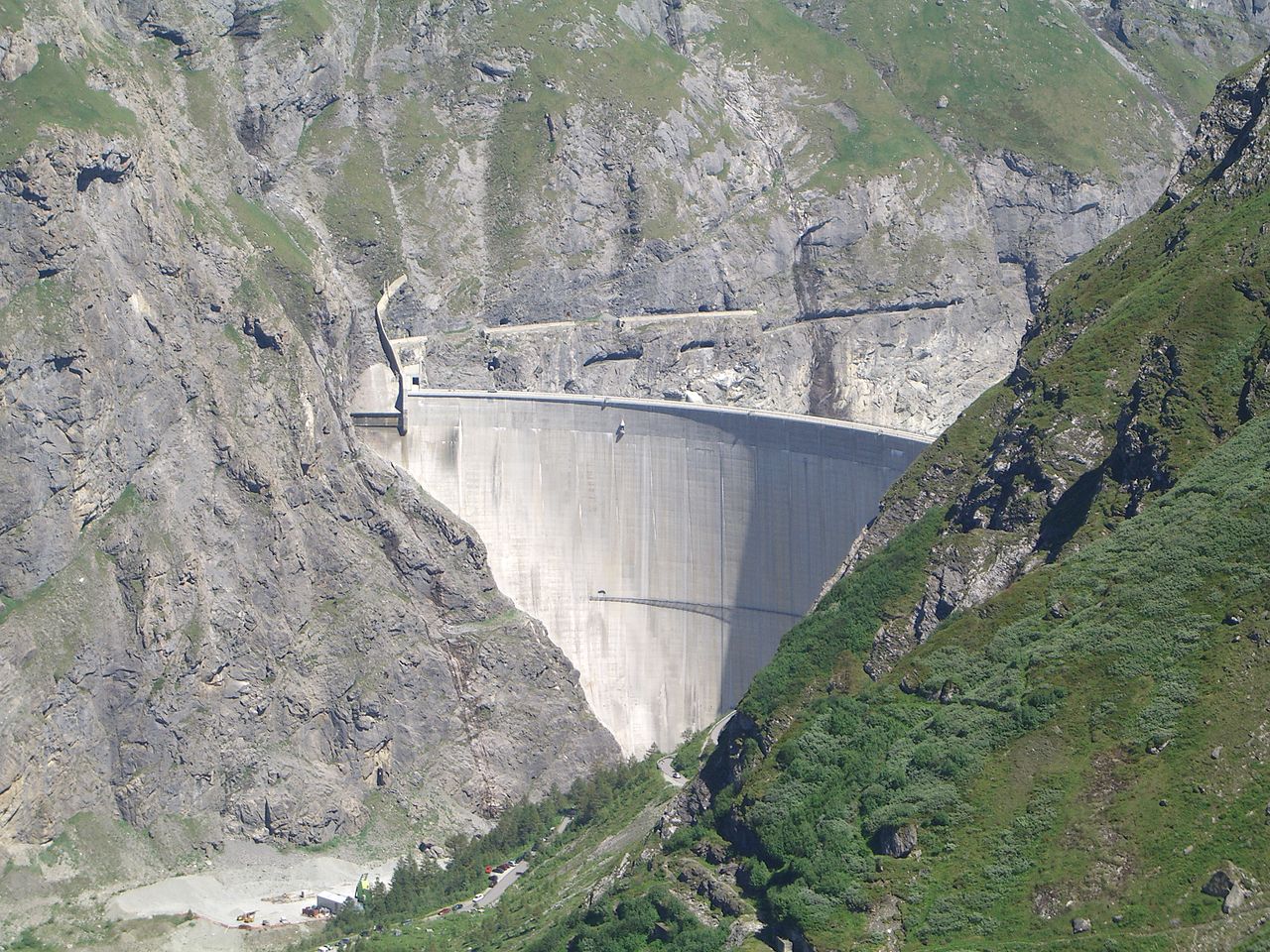 The numerical simulation of the tsunami wave that passed through the Vajont Dam: