Palm Islands - a view from space I Geotech d.o.o. I 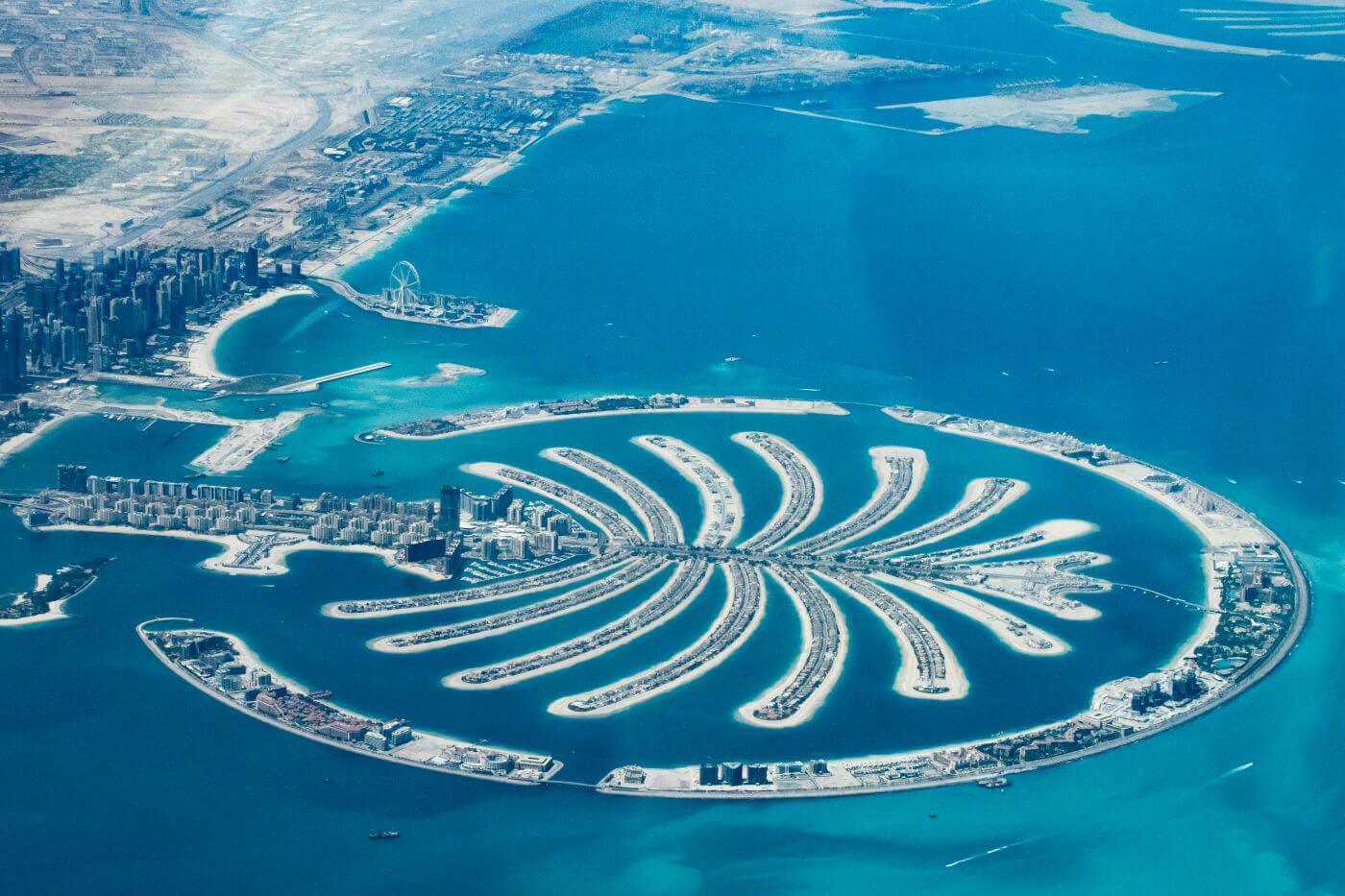 Palm Islands – a view from space

The Palm Islands are the largest artificial islands in the world. Built in the shape of a stylized palm tree, they are located on the outskirts of Dubai in the Persian Gulf. They are so large that they are visible to the naked eye from space. To create the look of the perfect palm tree, the construction process used satellites and built using highly sophisticated global positioning systems.

The purpose of the Palm Islands was to increase tourism in Dubai by providing a unique tourist destination packed with world-class hotels, high-end services and several kilometers of beaches.

The project consisted of plans to build three islands, Palm Deira, Palm Jebel Ali and Palm Jumeirah, but only Palm Jumeirah has been fully completed. The Palm Islands are made of natural materials – rock and sand, at the request of Prince Sheikh Mohammed Bin Rashid Al Maktoum. Although the Palm Islands are artificial islands, the Prince wanted a natural look that would fit into the existing environment without concrete and steel.

The beginning of the construction of Palm Jumeirah Island

The world’s best engineers were hired for the construction project to prove that it can be implemented. The project was entrusted to the Dutch company Van Oord. Construction work on Palm Jumeirah Island started in August of 2001. The biggest problem was how to ensure the sand-made island would stay in its place.

The solutions to this problem are very complex as they depend on many factors, such as the severity of the storms in Dubai, the height of the waves and the impact of global warming on rising sea levels. One of the biggest fears was how waves could accumulate during strong winds and high currents, potentially causing severe island devastation. However, the Arabian Gulf proved to be the perfect place for such construction because its 30 m depth and 160 m width are too shallow and too short, respectively, to create immensely destructive waves.

In this way, scientists have designed a breakwater with a crescent moon to surround the borders of the Palm Islands and protect them from high waves and winds. In order for the breakwater to be functional, it had to be at least 3 m above the waves, 11.5 km long and 200 m wide. The islands are formed by huge amounts of sand, which was also the biggest challenge since the sand had to be built on the seabed, while the breakwater was built of sand and rock fragments up to 1 tone. Furthermore, there is a retaining wall between the breakwater and the facade. The breakwater should have been kept as low as possible, according to the sheikh’s demands, and he should not obstruct his view.

Initially it was planned to build the breakwater first and then the islands. However, due to limited time, it was decided that a breakwater and islands would be built at the same time. Seven excavators, seventeen ships, nine cranes, 300 million cubic meters of sand and 30 million tons of rock fragments has been used to build artificial islands.

Sand island was supposed to bear the load of a significant number of facilities planned on it during the exploitation phase. The construction of the island was possible by using dredging ships from which the sand was sprayed into the project planned position. The Vibro compaction method was used for compaction purposes, with fifteen Vibro compaction machines operating 24 hours a day.

Shortly after the construction began, the sand from the seafloor needed for construction was running out in Dubai. The company went in search of sand deeper into the bay, which made the whole project considerably more expensive. Millions of tons of sand were poured into the construction site, and the contours of many islands could be seen below the sea surface. After a year of construction, new problems with seawater circulation in this closed lagoon arose. The canals between the palm branches turned out too shallow so algae flourished in them.

The risk of serious environmental disturbance was reported because the water around the island was moving very slowly. Narrow channels around densely spaced islands around which water was flowing slowly were also a problem. To avoid the waves jeopardizing the stability of the island through the opening, it is planned that a new, smaller breakwater be built in front of the opening. The opening allows powerful tidal waves to clear the entire system in two days.

At first, ecologists confirmed that the project would destroy local sea life, but when a study was conducted, it turned out that sea life was not endangered and that the breakwater turned into the largest artificial reef suitable for sea life.

Palm Jumeirah was completed at the end of 2006. Moving into the 4,000 luxury villas and apartments began and the island became a new tourist attraction. When completed, it was the largest artificial island in the world, consisting of a 2 km long tree from which branch 16 peninsulas, surrounded by a crescent-shaped breakwater island.

Following the construction of Palm Jumeirah Island, plans continued to build the next island, Palm Jebel Ali. This island was designed as a place to relax and unwind. The peninsula should be twice the size of Palm Jumeirah Island. The construction of this island began in October of 2002 but stopped because of the global economic crisis. Palm Jebel Ali is expected to be the largest island of the three. This project would require 1,500 million cubic meters of sand.

The third island, Palm Deira will be for more residential use with more than 7,000 villas. The construction of the island began in October of 2004. but was also given up on because of the crisis, so the project was modified and significantly reduced in scope.

And in the end…

The Palm Islands deservedly hold a place on the list of the world’s construction miracles. It is not easy to add hundreds of kilometers of coastline to a crowded city, but that is exactly what Dubai is trying to do by building the world’s three largest artificial islands. Therefore, we can safely say that Dubai is a city of the future and one of the most interesting tourist destinations in the world.