Potential geological hazards in the Rječina valley I Geotech doo I 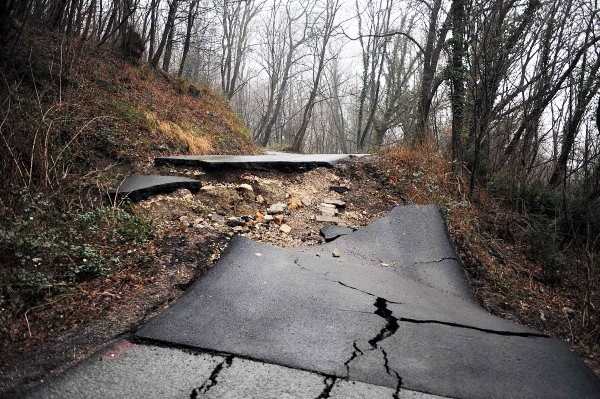 Geological hazards are geological processes that can potentially lead to material destruction and human victims. If these negative effects occur, we are talking about a natural disaster.

To understand natural disasters and assess their impact (risk) on humans, it is necessary to determine:

The Rječina river, the only watercourse of the Rijeka Bay, has a length of 17.5 km from its source at the foothill of Gorski Kotar mountains to the estuary in the Rijeka Bay in the center of Rijeka.

Morphology and geology of the Rječina river

In the upper and middle flow, Rječina flows through a valley whose sides are formed in flysch and colluvium, and the peaks contain limestone rock which form the cliffs (Picture 1). The Valići reservoir (1996) was built on the upstream part of the valley, while the downstream part of the settlement Pašac suddenly narrows down into the canyon where Rječina flows to the city of Rijeka. 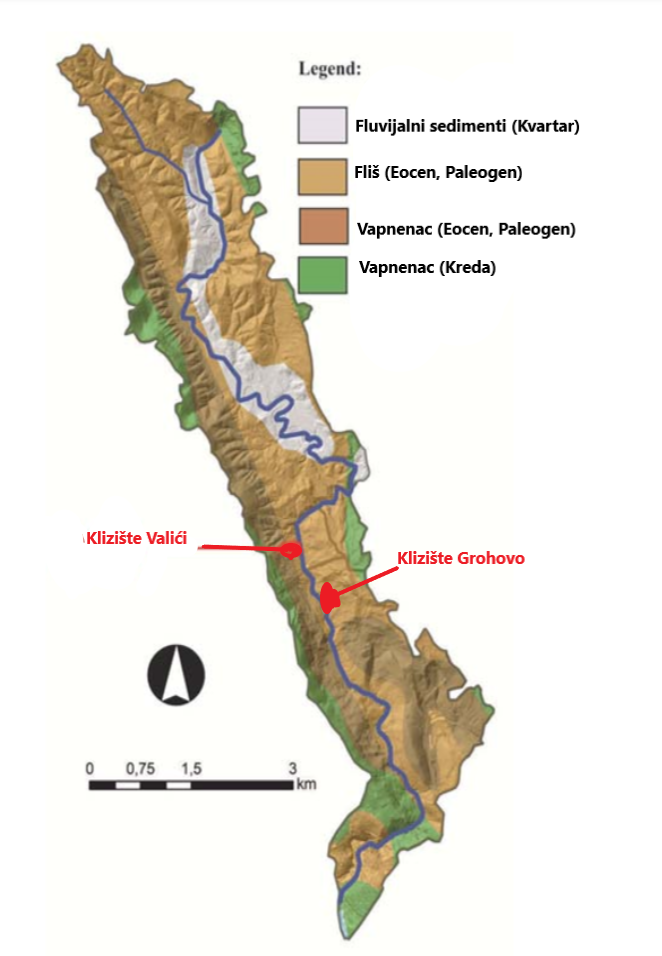 Due to extreme tectonic deformation, the limestone rock mass was repeatedly fused and extensively disrupted, which allowed the separation of limestone megablocks and disintegration of rock masses and the formation of suture material at their base (Picture 2).

Contrary to limestone, the flysch rock complex is much more susceptible to chemical decomposition due to the action of exogenous forces (gravity, insolation, wind, snow, ice, liquid water, lakes and sea). Both sides of the Rječina valley, between the Valići dam and the Pašac settlement, are on the brink of a stable equilibrium state, and during this century several major landslides have been recorded.

Landslides in the central part of the Rječina river have been occurring for at least ninety years, so the last two big terrain movements in the Rječina valley, the Valići and Grohovo landslides, are not recent events. 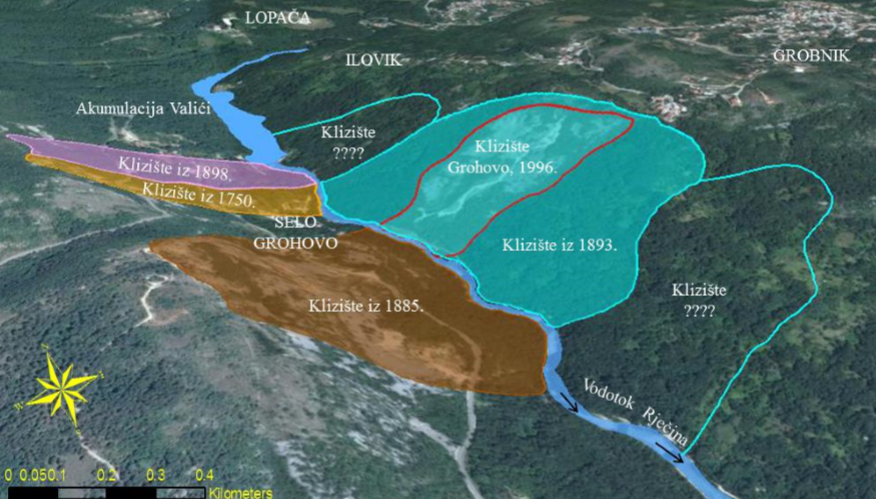 Picture 3. The history of landslides in the middle part of the Rječina river

Table 1. The chronology of the geological hazards in the Rječina valley

The most recent terrain movement occurred on the western side of the Valići reservoir in February 2014. The Valići landslide (an area of 4.5 hectares) initiated by intensive rainfall, caused considerable damage to the area and threatened the Valići reservoir.

Picture 4. The position of the Valići landslide (the red line) on the on the western slope of the Valići accumulation on the topographic map scale 1: 5000 (A) and the view from the perspective of the LIDAR shaded map (B) 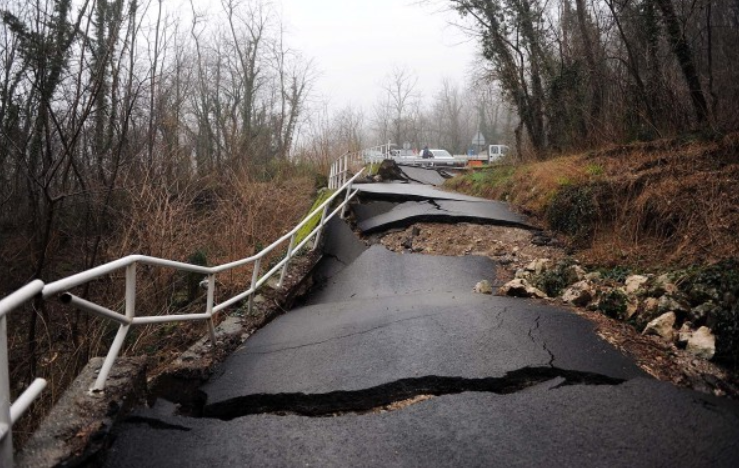 Picture 5. Damage on the road Grohovo-Lopača caused by the Valići landslide

In December 1996, on the north-eastern slope of the watercourse, a significant terrain movement occurred, whereby the Rječina riverbed was almost completely covered. The Grohovo landslide, an area of 18 hectares, is located 500 meters south of the Valići landslide. It is the largest active complex retrogressive landslide in the Croatian coastal area.

Much like the Valići landslide, the initial cause of instability is a disorder of the naturally established balance within the slope caused by a large amount of infiltrated rainwater (predominantly occurring at the end of winter and during spring) penetrating into the colluvial cover made mostly of clay and silt particles as well as layers of flysch rock mass with various weathering degree.

The Grohovo and Valići landslides, together with the Valići reservoir, represent important elements of potential hazards in the whole area of the Rječina basin, due to the large surface material that slides into the Rječina ridge, caused in part by large amounts of water flowing across the Valići dam.
The side effects on Grohovo landslide and in its surroundings are numerous landslides which represent a direct hazard to the surrounding settlements of Grohovo, Lopača, Ilovik, Grobnik, as well as downstream settlements along the watercourse, primarily the city of Rijeka. There is also a  possibility of road infrastructure hazards and the degradation of the recreational facilities and areas of significant natural interest. 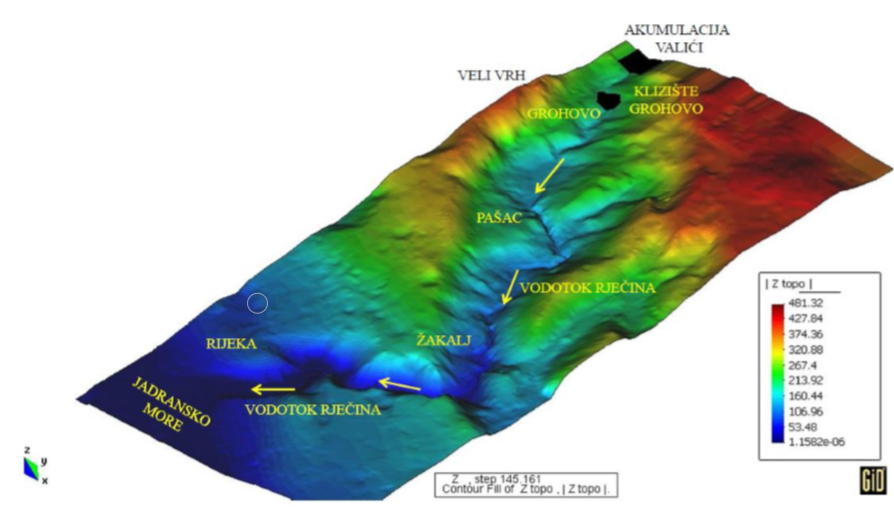 Picture 7. The Digital Evaluation Model of medium and lower of the Rječina flow

There is also the possibility of Valići dam failure after landslide of large amounts of sliding material into accumulation and formation of a flood wave that can propagate downstream to the urban part of the city of Rijeka (Delta and Školjići area).

The part of the Rječina valley between the Valići dam and the canyon entrance was selected as a pilot area within the Croatian-Japanese bilateral project “Risk identification and Land-Use Planning for Disaster Mitigation of Landslides and Floods in Croatia“.
During 2011 and 2012, an integrated monitoring system consisting of geodetic and geotechnical monitoring has been set up.
Geodetic monitoring includes tracking the displacement of geodetic points and tracking the movements with the GPS points set on the surface of the landslide.
Geotechnical monitoring consists of tracking inclinometers, extensometers, and tracking the causes of sliding on the cells to measure the pressure of rain with a rainfall meter and a metrology station. Most of the equipment is located in the Grohovo and Valići landslide area. All measuring devices will be connected in a unique system with continuous measurements and delivery of data to the central computer. Based on the monitoring results, a system of early warning of possible slides and dangers arising from it will be established.