Geotech Landslide - types, parts and causes of landslide I Geotech d.o.o. I 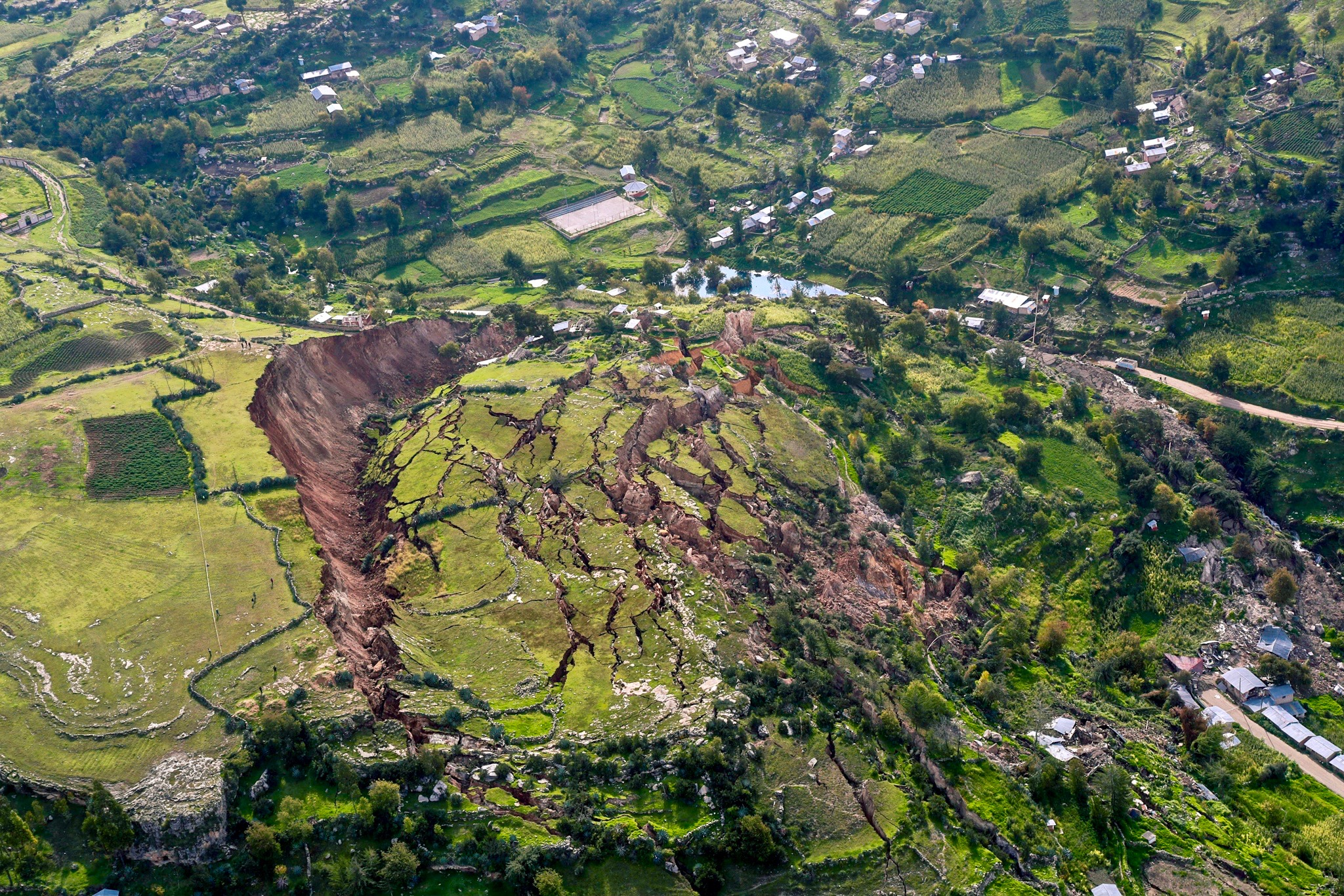 Activating landslides causes lots of material damage and directly or indirectly endangers local community. Landslides always appear on or below the slope, and slopes are the most common morphological forms on Earth. According to Cruden (1991), “Sliding is the movement of a mass of rock, debris or earth down a slope. That includes all types of soil mass gravitational motion and rock mass, from rockfalls and topling rocks to rotational and translational slides and flow of different materials.”

Landslide is movement process, translational or rotational mass move over a stable subsoil. Movements are occurring along clear, and sometimes unclear slip surface. Mass moving down the slope can be slow and barely noticeable in time, but it also can be very quickly and devastating.

Landslides are very diverse phenomena in shape and size, movement speed and other characteristics. According to geological structure in which landslides occur, we can distinguish instability in soil and rock mass.

In soil we distinguish the following types of instability: 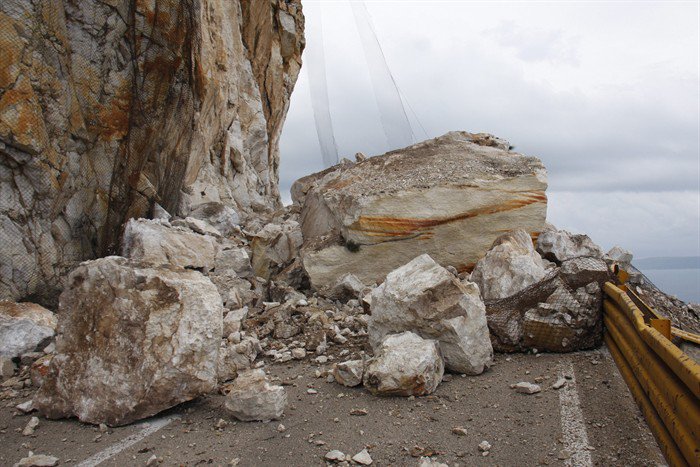 Photo 1 . Rockfall on the road Makarska-Vrgorac 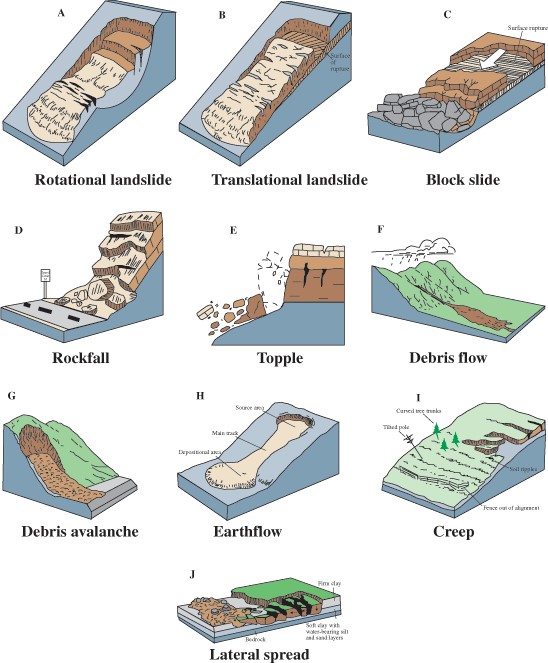 Translational, rotational and crepping instabilities are the most common landslide types in Croatia while earthflows are not as common.

Landslide according to activity can be:

We can distinguish following parts of rotational landslide (the most common in Croatia): crown, toe, flanks, slipsurface, body, tension cracks. 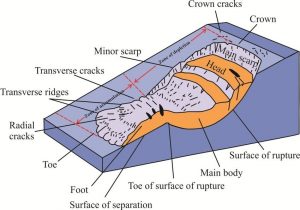 Where does landslides occur?

A surprising fact to many people is that landslides can occur virtually anywhere in the world. The traditional viewpoint that landslides are restricted to extremely steep slopes and inhospitable terrain does not accurately reflect the real nature of the problem.

Most countries in the world have been affected in some manner by landslides. Excessive precipitation, earthquake, volcanoes, forest fires and other mechanisms, and more recently, certain dangerous human activities are just some of the key causes that trigger landslides. Landsllides can occur both on land and under water; they can occur in bedrock or on soil; cultivated land; barren slopes and natural forests are all subject to landslides.

There are two categories of landslide causes: natural and human causes. Somethimes landslide occures in combination of both.

When we talk about natural causes, we distinguish three main causes:

The primary cause of landslide activation is soil saturation with water and it can be formed during intense rainfall, snow melting, changes in groundwater regime along the coast (sea, lake and river). So landslide and flooding are closely related. 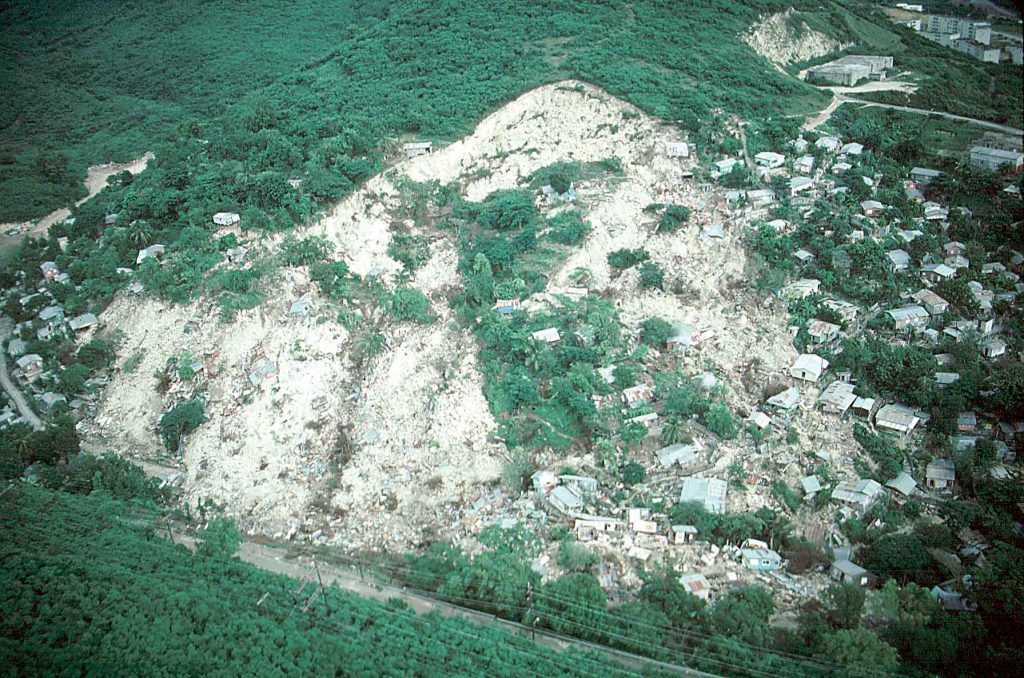 Photo 5. The Mameyes landslide 1985, Puerto Rico (Photo by Randall Jibson). The landslide destroyed 120 houses and killed at least 129 people. This landslide was triggered by a tropical storm that produced extremely heavy rainfall

Populations expanding (unfortunately not in Croatia) onto new land and creating neighborhoods, towns, and cities are the primary means by which human contribute to the occurance of landslides. Disturbing or changing drainage patterns, destabilizing slopes, and removing vegetation are common human induced factors that may initiate landslides. Other examples include oversteepening of slopes by undercutting the bottom and loading the top of a slope to exceed the bearing strength of the soil or other component material.

And for the end….

Effects and consequences on natural environment and population are very important.

Landslides are one of the most complex and popular theme in geotechnical engineering.

Until then, if you have any questions or advice, be free to contact us!