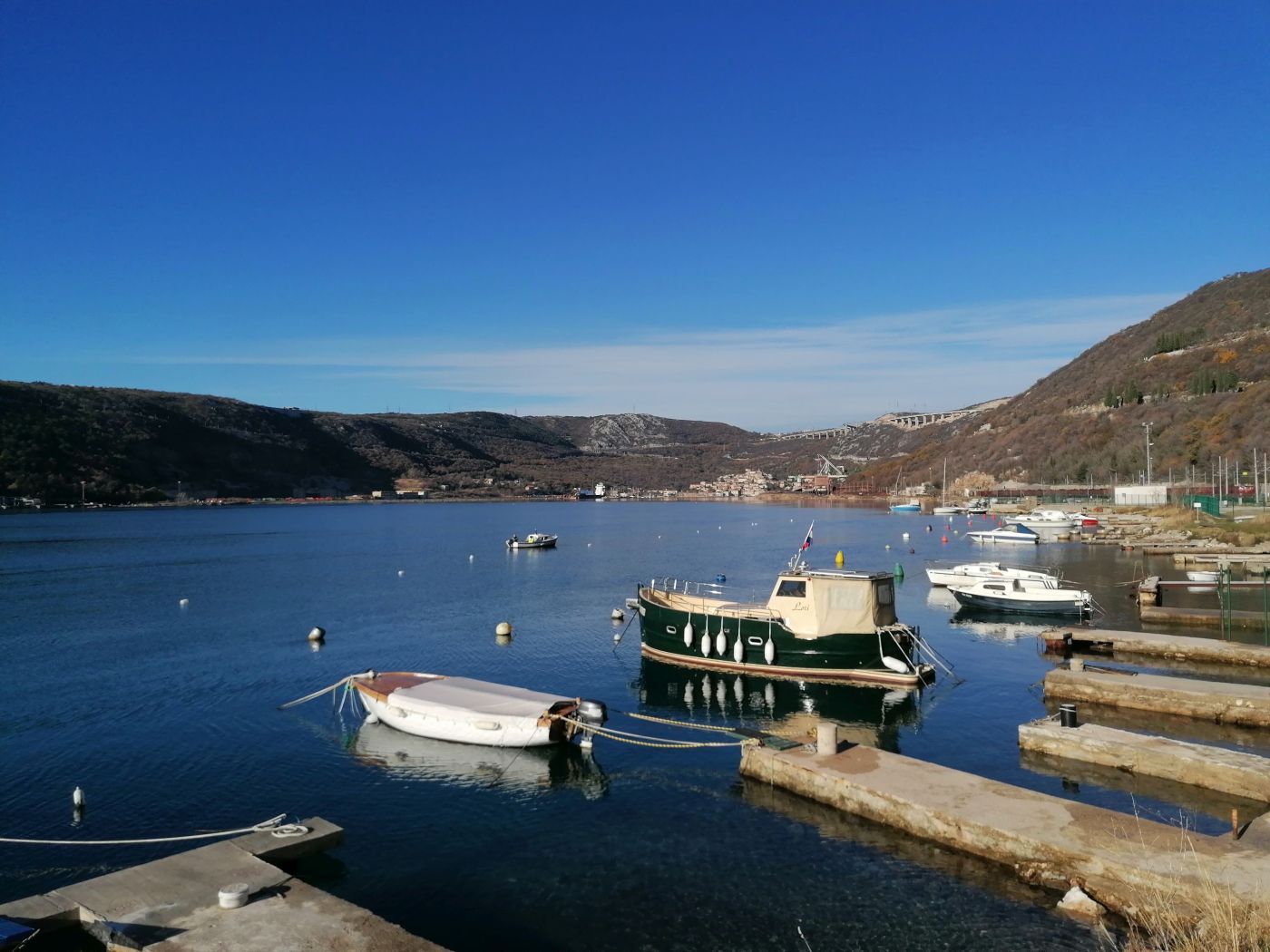 Geophysical surveys include the application of geophysical methods for the indirect assessment of geological and structural as well as physical and mechanical properties of the foundation soil. These methods are used to determine the distribution, thickness, and properties of the individual soil layers located below the terrain surface designed for the construction of maritime facilities. The marine seismic refraction method is used to explore the foundation soil on the seabed.

The refraction method is based on the refraction of elastic waves at the boundary between two media, the velocities of which satisfy the positive vertical gradient requirement. Elastic waves deliberately caused at the ground surface begin to propagate at the velocity of the first medium. For this method, the most important wave is the one arriving to the boundary at the critical angle or at the angle of total refraction. The wave further expands along the boundary at the velocity of the lower medium and then returns to the ground surface (according to the Huygens principle), where it acts upon the planted geophones. The time that elapses between the emission and reception of seismic waves depends on the depth of the investigated structures of the foundation soil and on the propagation velocity of seismic waves along the path of their propagation, from the source, through the refractor, and back to the receiver. To initiate a mechanical force, i.e. an artificially induced seismic wave, various devices are used to strike the ground surface and transmit the mechanical force below the surface. The s-t diagrams (s-distance, t-time) are derived from the arrangement geometry of geophones and “ignition” points at the ground surface and from the registered times of the first arrivals of the elastic wave. Direct methods and inverse modeling methods are applied to obtain the depths and the spatial arrangement of elastic discontinuities from the s-t diagram.

Unlike ground seismic investigation methods, marine seismic investigation methods use hydrophones instead of geophones, while air guns are used to provoke seismic waves.  Hydrophones (piezoelectric geophones) are used in boreholes and marine measurements due to their sensitivity to pressure changes. The weight lies on a series of plates made of a piezoelectric crystal (quartz, tourmaline, or barium titanate). The soil’s downward acceleration decreases the apparent weight of the mass and vice versa, which alters the pressure on the plates and creates electrical voltage within them. The air gun is a device that injects a bubble of highly compressed air into the water. The frequency spectrum depends on the amount of air within the bubble, on air pressure, and on water depth (Šumanovac, 2007).

To develop a geotechnical report for the project, nine (9) seismic profiles were constructed, of individual lengths varying from 33.0 m to 405.0 m, with a total length of 959.0 m. Six geophysical profiles were constructed at sea to determine the geological and structural relationships as well as the physical and mechanical properties of the foundation soil.

The geophysical surveys conducted identified several fault zones, i.e. intensely fractured zones below the sea level. Based on the state of the rock mass in the coastal area, we can assume that tectonic breccias are also located in the fault zones below the sea level (Figure 4). Based on the anomalies of rock mass sinking on the geophysical profiles around the defined fault lines, the spreading of fault zones with tectonic breccias was determined.

Seismic refraction tests were conducted in the investigated area on a total of three (3) seismic profiles of individual lengths varying from 90.0 m to 155.0 m, with a total length of 355.0 m. Marine geophysical surveys were used in combination with marine exploratory drilling (figure 6) to determine the depth of the bedrock.

The marine geophysical investigations identified the geological and structural relationships, i.e. the contact of marine sediments with marl and of marls with carbonate rock. Because of their various physical and mechanical properties, every lithological unit has a different range of primary wave velocities (vp).

Marine geophysics, in comparison to other methods of geotechnical investigation, is an economically feasible and time-saving method of investigating geological and structural relationships as well as physical and mechanical properties of the foundation soil at sea. Marine geophysics gives the best results in combination with marine exploratory drilling, and these methods are often used together to reduce the costs of investigation and testing and to more accurately assess the properties of the foundation soil at sea. Due to the complexity of the construction of maritime and coastal structures, it is advised to conduct extensive geotechnical investigation and testing, which include geotechnical exploratory drilling and marine geophysics.