The Rikard Benčić – from tobacco factory to a cultural district 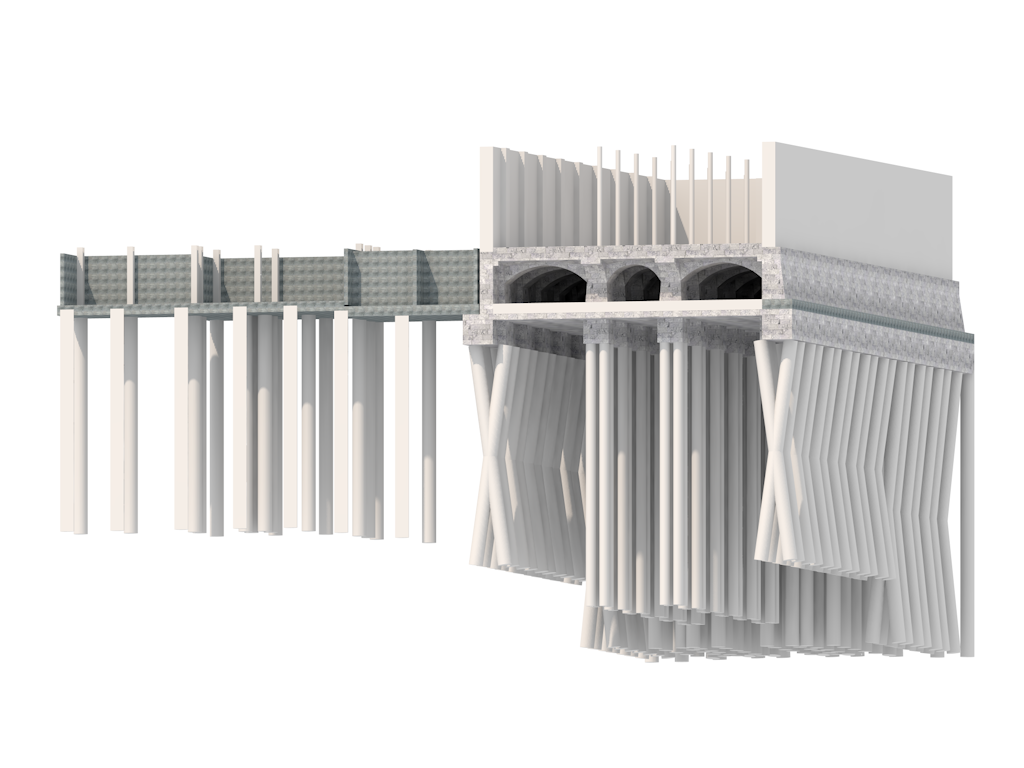 Geotechnical exploration and investigation and foundation design for Rikard Benčić

In 1851, the production of tobacco started in an existing building of the old Sugar Refinery. At that time, it served as an administrative building for the tobacco factory, and then as an engine factory “Rikard Benčić”.
The complex was expanded by a historicist four-story building called the T-object and in 1867, the production of the Virginia cigars started in this building. For decades it was the biggest factory in the Habsburg monarchy.

The factory closed its doors during World War II. From 1945 to 1995, the complex housed the Rikard Benčić Factory of Engines and Tractors.
After a glorious history, it deserves a great future. The project entitled “The Revival and Revitalization of the Rikard Benčić Block in Rijeka” includes the revitalization of the former industrial complex “Rikard Benčić” and the reconstruction of objects within the complex for public cultural and educational purposes with the ultimate result of creating a cultural district in the center of Rijeka.

T-building with a gross area of 5.750 m2 will house a new city library. The building is located in the northern part of the “Rikard Benčić” complex on the edge of the Potok Valley. On the existing building, it is foreseen to preserve the existing walls and ceilings of the basement, ground floor and first floor of the north part. For the purpose of the geotechnical report, we used the exploration and investigation carried out at the site in the past, in correlation with the data obtained from the new exploration. Through the synthesis of all the investigations carried out over the last 25 years, it was possible to forecast the very complex geological profile of the area.

Based on the geotechnical report, a foundation design was made.
For the needs of the City Library of Rijeka, it is necessary to carry out the remediation of the foundation structure of the existing part and new deep foundation for the toe of the T-building. In the position of external walls foundations, jet grouted columns in pairs are foreseen (diameter D = 700.0 mm and length L = 11.0 and 14.0 m), while in the center position four jet grouted columns are foreseen (diameter D = 500.0 mm and length L = 13.0 m).

In the position of a new reinforced concrete core in the existing part of the T building, a deep foundation is foreseen with vertical jet grouting columns (D = 700.0 mm and length L = 15.20 m), while in the position of the new toe of the building vertical jet grouted columns are foreseen (diameter D = 700.0 mm, length L = 11.0 m).
The remediation works are divided into two main phases. In the first phase, the execution of jet grouted piles beneath the existing foundation structure, while in the second phase the execution of jet grouted columns under the new toe of the T-building is planned.

In the beginning of construction, it is necessary to excavate the north and south foundations of the existing part of the T building in order to confirm the dimensions of the foundation determined by the investigations works.
Within the test field, three jet-grouted columns in the length of 3,0 m are planned for each designed diameter.

A total of 400 jet-grouted columns are foreseen.