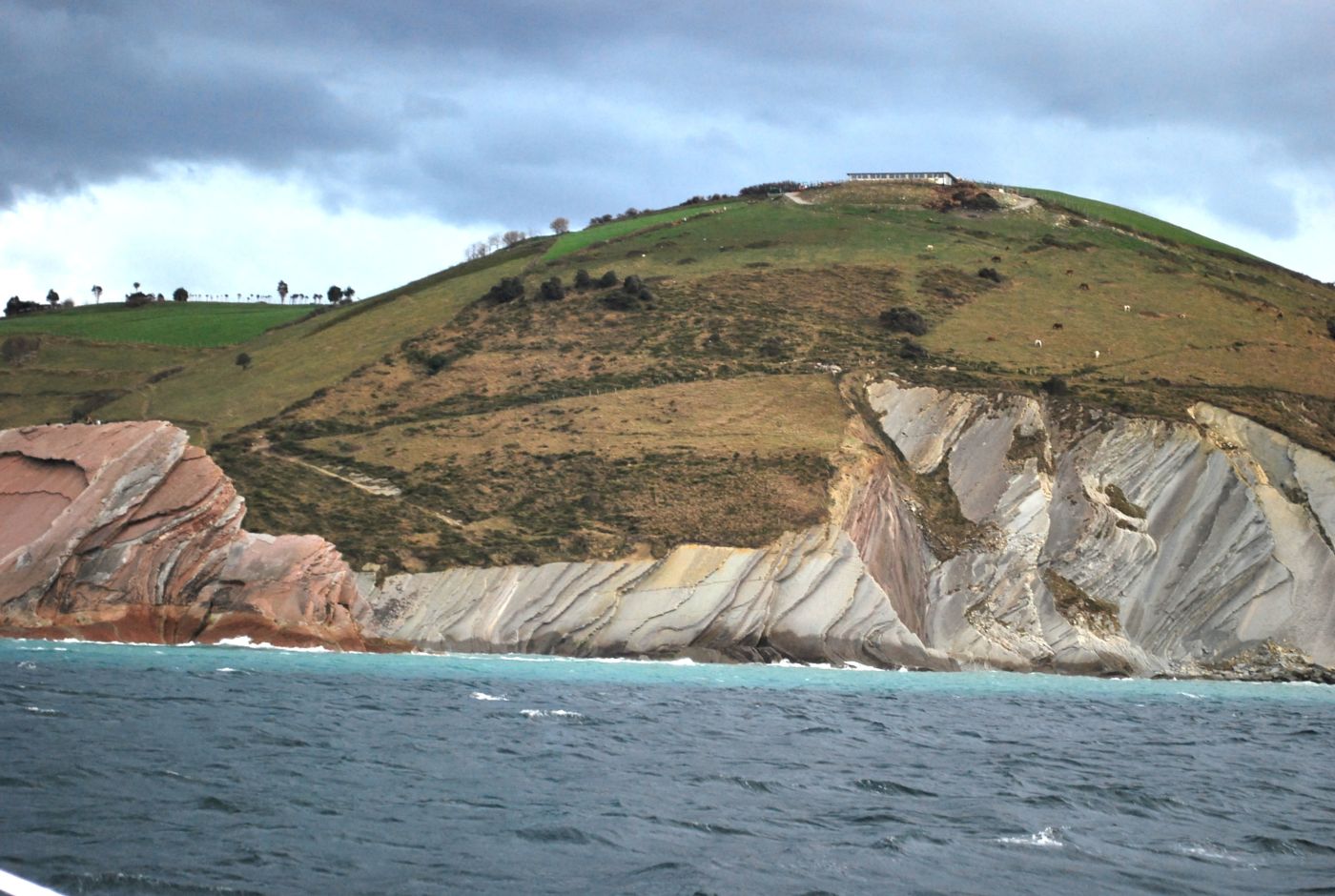 Flysch is a term for sedimentary rock sequence, deposited in a deep basin formed on the continental edge of mountain mass. Flysch sequence is characteried by progressive deposition of deep-water turbidite sediments up to shallow-water shales ( and siltstones) and sandstones.

Considering the area of Croatia, flysch sediments are deposited within alpine orogenesis, which formed existing mountain masses within European and Asian continents, from the Pyrenees to the west all the way to Himalaya to the east, including Alps and Dinarides. Continental edges of newly formed mountain masses are characterized by flysch deposits, which in Croatian area can be tracked along narrow strips from northern Istria all the way to Dubrovnik towards the southeast.

Flysch deposits mostly consist of a continuous alteration of sandstone and shale layers, while turbidite breccia and conglomerates are often found at the bottom of flysch sequence. Flysch shales and sandstones consist mostly of quartz or calcite grains. Calcitic shales are commonly known as marls. Limestones and carbonate breccias are often within the flysch sequence, as a result of local sedimentation environment changes.

Intensive weathering of flysch rock mass causes shales to relatively quickly disintegrates into clay and silt sediments, making the rock mass itself geomechanically interchange between extremely weak rock and cohesive soil. This process is common in the upper flysch layers due to surface weathering, while in the lower layers it is caused by underground water flow.

Opposed to shales, sandstones represent hard rocks, resistant to weathering and erosion and are often found as fragments in the muddy matrix due to more intensive weathering of surrounding shales.

Hydrogeologically, flysch rock mass as a whole represents impermeable medium, with the of forming smaller aquifers and springs within cracked sandstones or carbonate inlays.

Along lithological composition, stability of flysch rock mass is also influenced by its layers orientation and thickness, alteration rate of shales and sandstones, tectonical disturbance, weathering and underground waterflow intensity.

While performing excavations (open pit, cutting) within flysch rock mass, layers orientation and thickness, as well as alteration rate of shales and sandstones greatly influence structural instabilities due to differential weathering and erosion, which causes degradation of geomechanical characteristics of shales and destabilization of sandstones and carbonates. Tectonical disturbance has most impact on shales, often forming so called „milonite“ zones with foliations following the orientation of tectonic movements.

Underground water flow has a tendency to travel through semipermeable sandstone layers, and at the same time weathering and eroding bordering shale layers. Due to intensive weathering and/or underground water flow, flysch deposits consisting mostly of shales have a tendency to gradually degrade to muddy soil, which is susceptible to differential ground settlement, or sliding on the ground as well as excavation edges.

Read more: How to determine the age of a rock?