The 10 megaprojects through history I Geotech d.o.o. Rijeka I 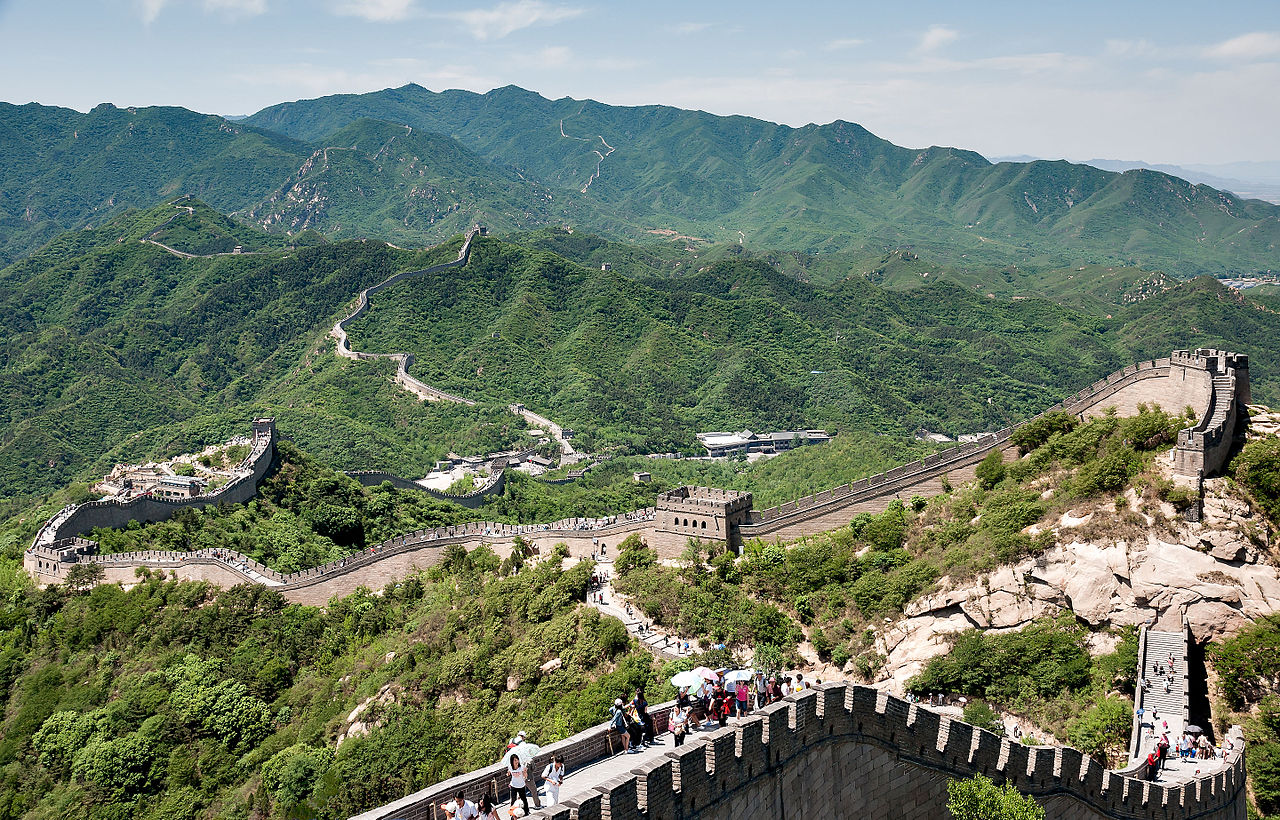 The 10 megaprojects through history

We are living in world full of miracles made by human. From the world’s longest to the world’s tallest project in civil engineering.

They all have been constructed for some purpose: maybe for defense, transport or luxury, in every way engineering has taken a great leap to create these miracles.

The following engineering projects qualify as some of the most biggest and complicated and continue to impress and inspire new generations.

The Great wall of China is a longest wall in the world. It was made of stone, brick, tamped earth, wood, and other materials. It is stretching approximately 21,196 kilometers from east to west of China with height of  5–8 meters (16–26 feet) . The Great wall of China has a long history, more than 2,300 years. It was built to protect the Chinese states and empires against the raids and invasions of the various nomadic groups of the Eurasian Stepp.

The Great Pyramid is the tallest man-made structure in history (3,800 years). This structure is made of 2.3 million stone blocks, that weight from 2 to 30 tons each and there are even some blocks that weigh over 50 tons. There are three known chambers inside the Great Pyramid: the first one is cut into the bedrock upon, the second one is Queen’s Chamber and the third one is King’s Chamber. It was originally covered with casing stones (made of highly polished limestone). These casing stones reflected the sun’s light and made the pyramid shine. The question of how the pyramids were built is still open. The most possible one is that the Egyptians employed a sloping and encircling embankment of brick, earth, and sand, which was increased in height and in length.

The Brooklyn Bridge is a hybrid cable-stayed suspension bridge in New York City and is one of the oldest roadway bridges in the United States. It connects the boroughs of Manhattan and Brooklyn, spanning the East River. It has a main span of 1,595.5 feet (486.3 m) and was the first steel-wire suspension bridge constructed. The masterwork of John Augustus Roebling, finished by his son Washington Roebling, the Brooklyn Bridge was built from 1869 till the 1883. The bridge’s two towers were built by floating two caissons, giant upside-down boxes made of southern yellow pine, in the span of the East River, and then beginning to build the stone towers on top of them until they sank to the bottom of the river. Compressed air was pumped into the caissons, and workers entered the space to dig the sediment, until the caissons sank to the bedrock.

One of the largest and most difficult engineering projects ever undertaken, the Panama Canal is 51 mile (82 km) long waterway in Panama. It connects Atlantic and Pacific Oceans, allowing ships to pass between North and South America instead of the natural channels or around Cape Horn, shortening the trip by 9,000 miles (15,000 km). The locks were embedded with culverts that leveraged gravity to raise and lower water levels. Ultimately, the three locks along the canal route lifted ships 85 feet above sea level, to man-made Gatún Lake in the middle. The entire enterprise was powered by electricity and run through a control board.

The Burj Khalifa has been the tallest structure and building in the world, with a total height of 829.8 m (2,722 ft). The Dubai Tower is the centerpiece of a larger development that includes residences, shopping, and office space. Construction of the Burj Khalifa began in 2004, with the exterior completed five years later in 2009. The primary structure is reinforced concrete. Some 211,200 tons of concrete has been poured and over 145 concrete piles have been laid at depths of over 72 m (236 ft), to ensure the stability of the structure. The foundation was designed to support the total building weight of approximately 450,000 tonnes.

The English Channel Tunnel, also called Eurotunnel, rail tunnel between England and France that runs beneath the English Channel. The construction started in 1988 and opened in 1994. The Channel Tunnel is 31 miles (50 km) long and 250 ft (76) m deep. It has the longest undersea portion of any tunnel in the world (23.5 miles). It consists of three tunnels: two for rail traffic and a central tunnel for services and security. It takes around 35 minutes to travel the length of the Channel Tunnel. The digging of the Channel Tunnel began from the British and the French coasts, with the finished tunnel meeting in the middle. One of the most difficult tasks on the Channel Tunnel project was making sure that both the British side of the tunnel and the French side actually met up in the middle, so special lasers and surveying equipment was used.

The Hoover Dam is a concrete arch-gravity dam in the Black Canyon of the Colorado River, on the border between Arizona and Nevada. Constructed between 1930 and 1936, it is the highest concrete arch dam in the United States. It impounds Lake Mead, which extends for 115 miles (185 km) upstream and is one of the largest artificial lakes in the world. It contains 3,360,000 cubic metres of concrete. Four reinforced-concrete intake towers located above the dam divert water from the reservoir into huge steel pipes called penstocks. The water, turns 17 Francis-type vertical hydraulic turbines, which rotate a series of electric generators that have a total power capacity of 2,080 megawatts.

The Aqueduct of Sevogia is a water-conveyance structure without the use of mortar, built of some 24,000 dark-coloured Guadarrama granite blocks. It carries water 11 miles (17 km) from the Frío River to the city of Segovia, Spain. The first section of the aqueduct contains 36 semi-circular arches. The line of arches is organized in two levels, in which hold the frame and provide support to the structure. On the upper level, the arches are 5.1 meters (16.1 ft) wide. Built in two levels, the top pillars are both shorter and narrower than those on the lower level. The top of the structure contains the channel through which water flows.

The Qingdao Haiwan Bridge the world’s longest bridge over water. Length of the bridge is 42.5 kilometers, nearly 26 km of which lie directly over the water. It is located in China, using 450,000 tons of steel and 3 million cubic yards of concrete. Under the bridge is a tunnel built at a depth of 81 meters below sea level. The length of the tunnel amounts 9.47 kilometers.

The most beautiful bridge in the world, the Golden Gate Bridge, is a suspension bridge (bridge with overhead cables supporting its roadway) that connects San Francisco Bay and the Pacific Ocean. With towers extending 746 feet into the sky and over 100 feet beneath the bay, the bridge is also an engineering marvel. The cables are settled horizontally between two massive concrete blocks on each side of the bridge, with additional vertical cables called suspender ropes attaching the main cable to the bridge’s deck (or roadway). Vehicles push down on the roadway, but the suspender ropes transfer that load to the main cables, which transfer it to the towers, which support most of the weight.