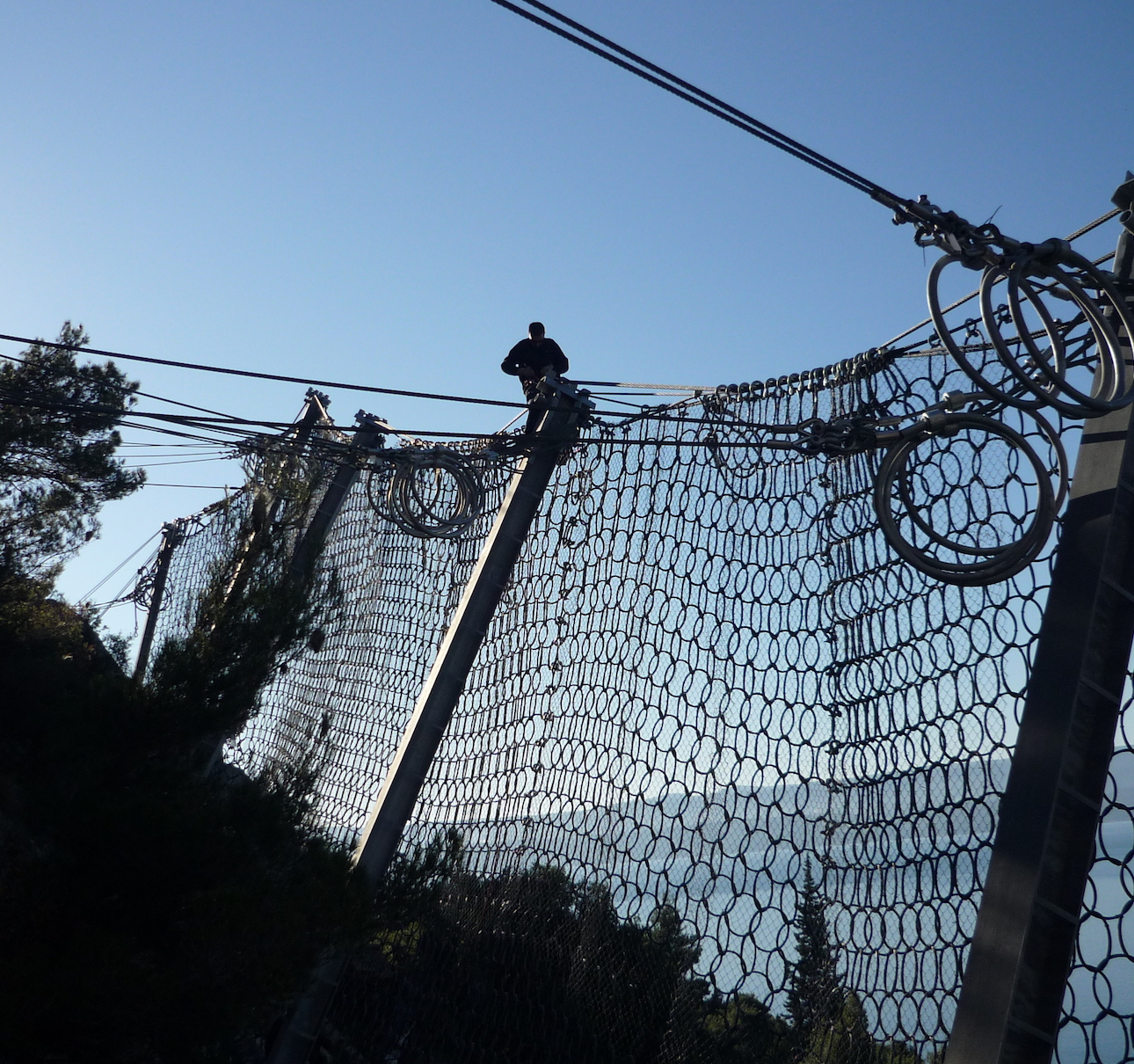 Rockfalls are usually initiated by natural forces, such as weather processes, erosion, heavy rains or earthquakes. Strong winds or storms can lead to falling of trees and vegetation that can cause rockfalls.
Tree roots, their spreading and search for water-enriched micro-locations can also cause cracking of rock masses along the discontinuities and develop forces that can initiate formed blocks and trigger rockfalls.

Once the block is set in motion, due to the unfavorable configuration of the terrain and the steep slope, it will move along the slope and at the foot of the slope, it will have the greatest energy, which can have catastrophic consequences.

An initiated block with its energy and travel path is likely to cause a chain reaction to trigger other labile blocks. The trajectories of the initiated blocks depend mostly on the geometry of the slope. 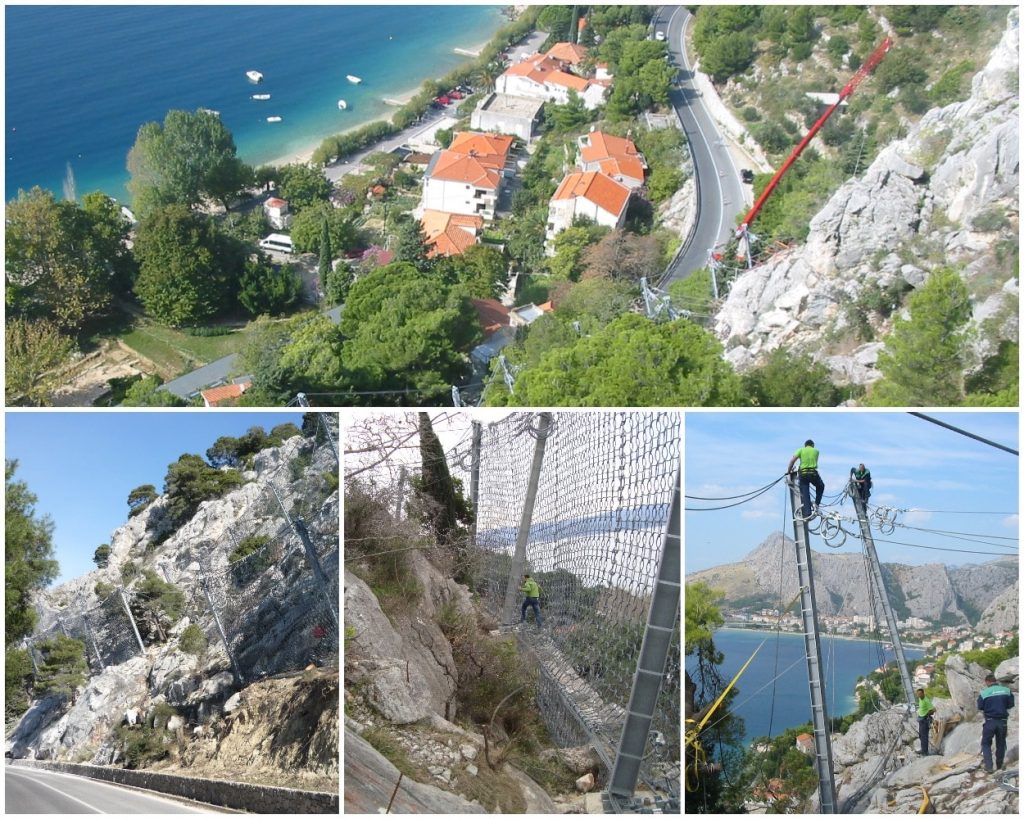 In order to evaluate the risk of a rockfall and to predict the appropriate project solutions, it is necessary to analyze the possibility of a rockfall. The deciding factors in designing passive protection measures, such as barriers, are the height of bounce and impact energy. These two factors can be determined by conducting analysis – simulation of the rockfall.

Rockfalls are a natural phenomenon and can not be accurately calculated or predicted. Rockfall simulation analysis, regardless of their high sophistication, is only approximate to real values and can not be taken into consideration with 100% confidence. Also, simulations are limited if the geodetic surveys are roughly made so it is not possible to determine the roughness of the surface with certainty. 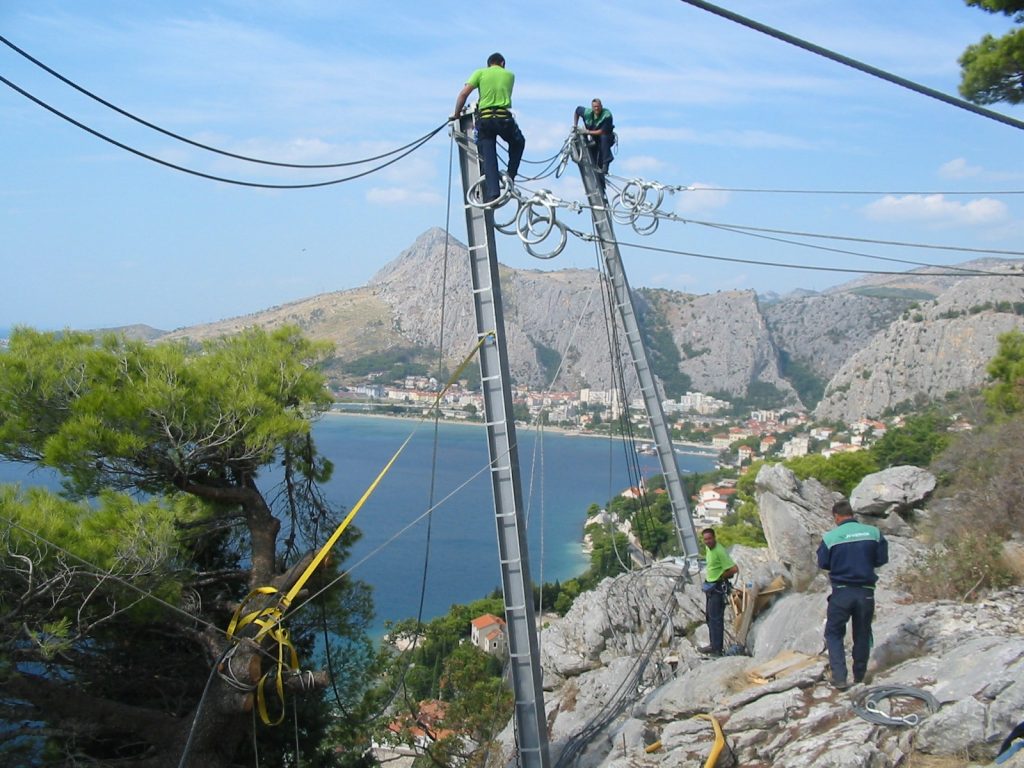 Depending on impact energy of, the rockfall protection methods are selected. For energy greater than 5000 kJ, galleries and retention dams are used. Barriers are used for energy up to 5000 kJ.
The latest known achievements in rockfall protection systems enable stopping blocks of larger dimension on larger and less visible surfaces.
A world record has recently been achieved – with a potential absorbing capacity of 10 0000 kJ.

One of the most functional rockfall protection systems is rockfall barriers. A barrier consists of reinforced concrete foundations, steel columns, steel ropes, anchors and bearing nets. 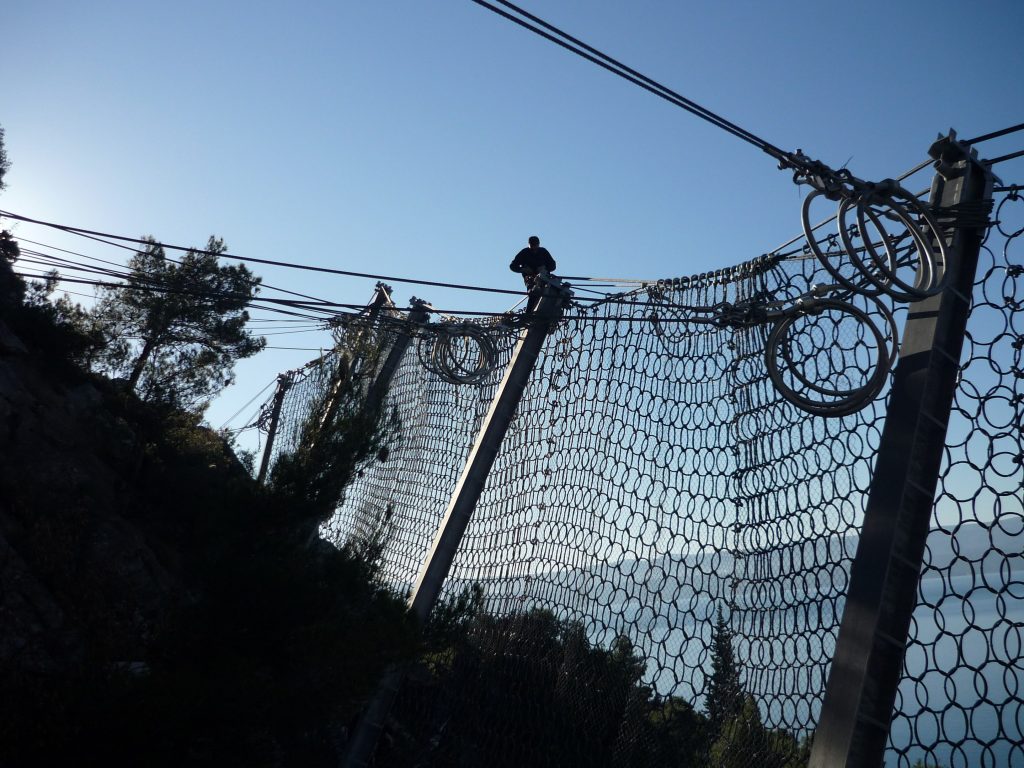 First of all, the barrier foundation is executed into which an anchor is installed. Base plates are installed on the foundations. Steel columns are fixed to the base plates and secured with steel wire ropes connecting the columns with anchors. A ring net, made from high-tensile steel, is stretched between the columns. 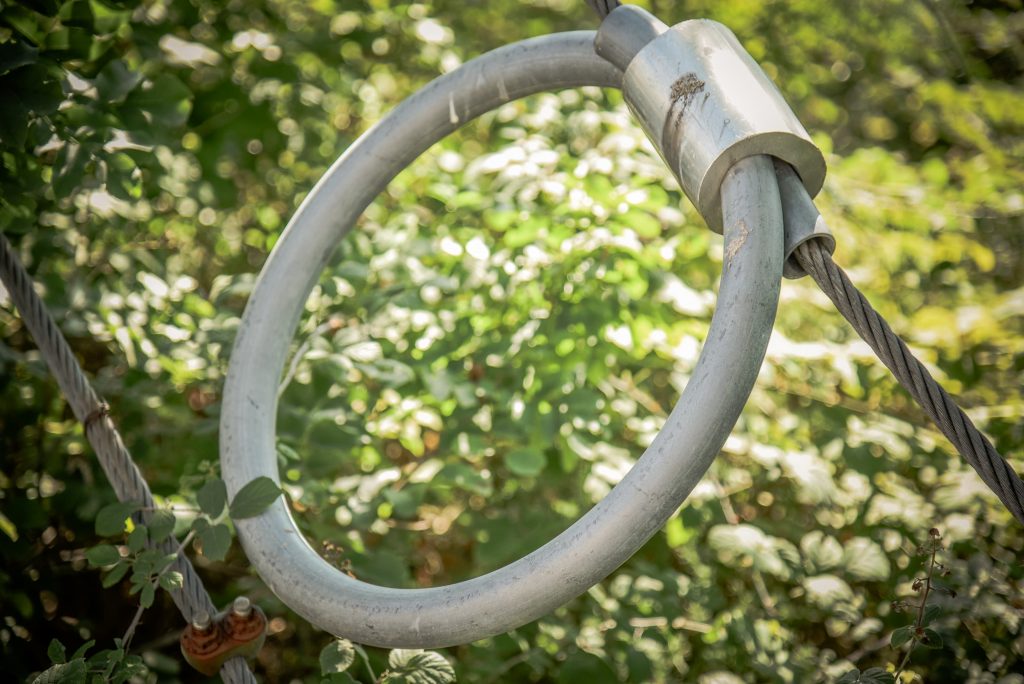 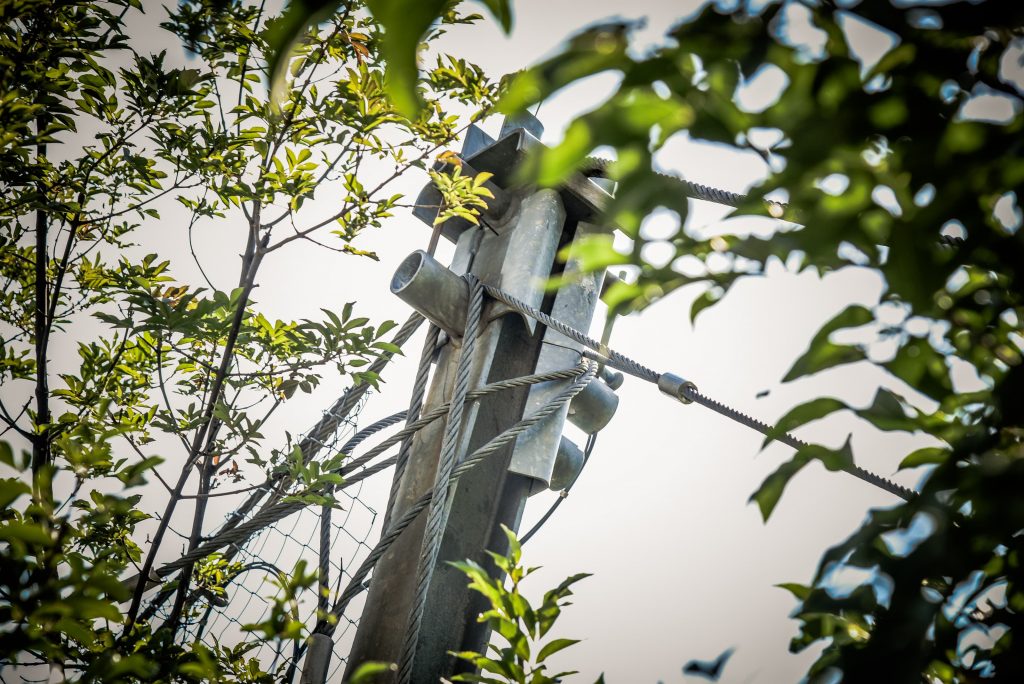 Net rings are one of the most important parts of the system. Most often, they are the first part to bear the impact and transfer it to the structure, ie the bearing rope, the suspension, the rod, and finally to the anchor.

The main function of supporting steel ropes is a transmission of forces that appear in the net during the impact of the block on the tensile anchors. 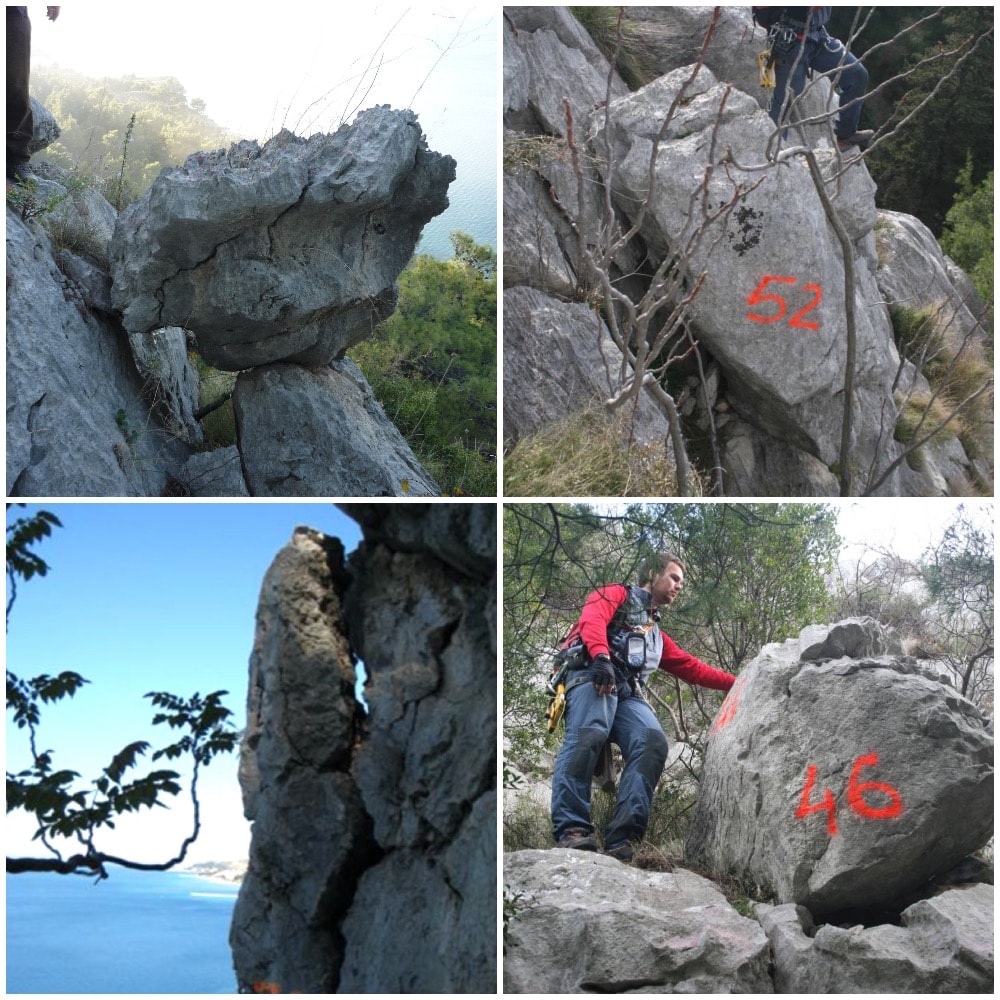 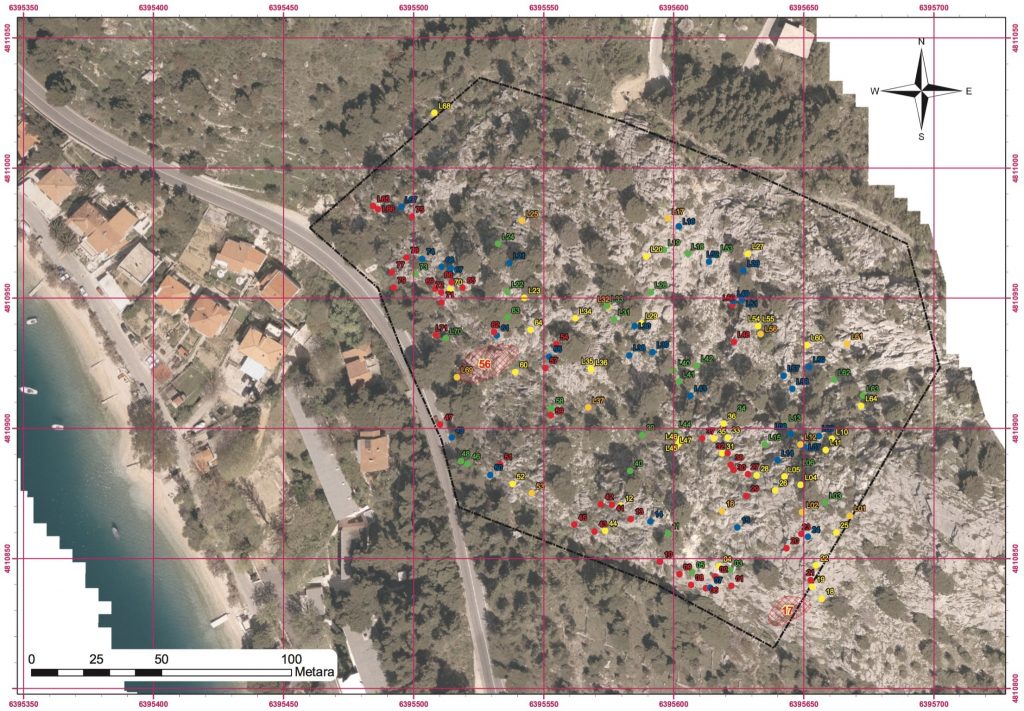 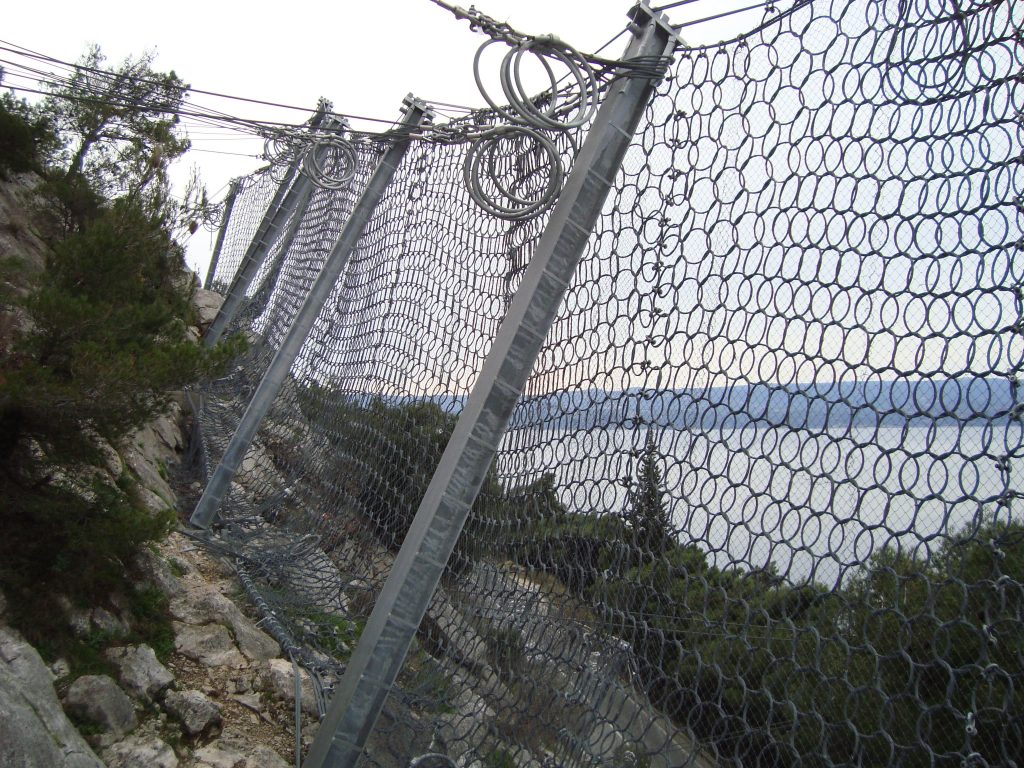 Installation of a rockfall protection barriers with an absorption capacity of 3000 and 5000 kJ was foreseen.This means that the barrier can stop a moving object with an approximate speed of 100 km/h and a weight of 8 or 13,5 tons. Can you imagine a big truck driving 100 kilometers per hour? Well, these barriers can stop it.