Public landscaping of the Rikard Benčić Block I Geotech d.o.o. I 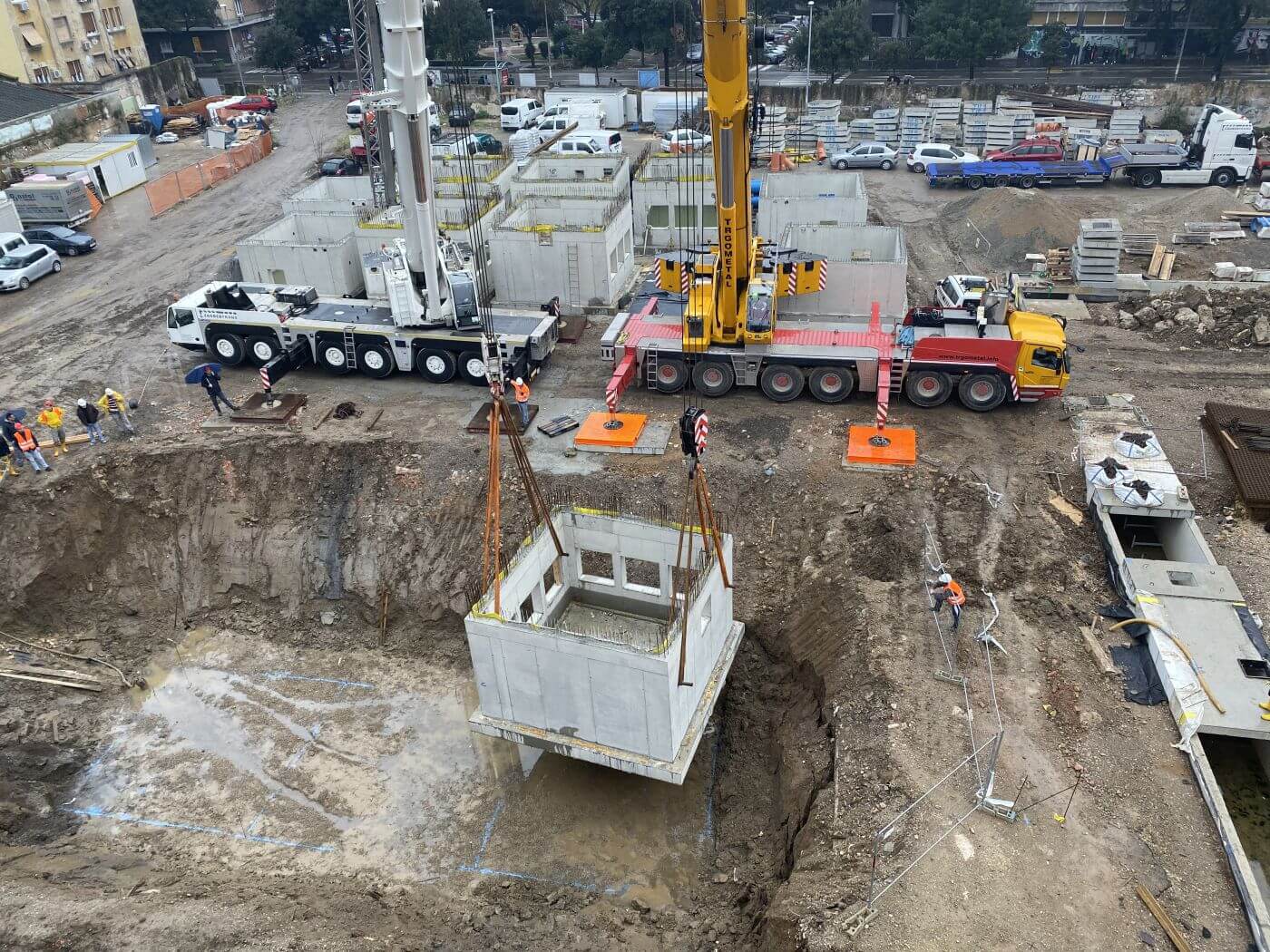 The Revival and Revitalization of the complex includes:
1. Reconstruction and equipping of existing facilities:

Public landscaping includes the construction of new water supply, new rainwater and greywater drainage, electrical installations, mechanical and thermo-technical installations, electricity distribution sewage. As part of the infrastructure construction, construction of energy canals, power plants, pumping stations of greywater drainage and substation is planned. The central space between the buildings will be arranged as an open space in the function of a public square with several urban interventions in the form of a greenery island, a theme park, footpath, urban equipment.

As a part of the detailed design, a new position of retention structures and pumping stations was defined to move away from existing buildings to reduce the chance of potential damage due to excavation. Also, the design of retention structures and pumping stations of precast concrete elements is foreseen and selected as the most optimal solution given the high groundwater level.

The executed detailed design has proved the stability of the temporary open pit (depth up to 5.0 m). The load analysis and the impact on the foundation settlement were carried out. Also, the dimensioning of the retention pool, pumping pool and valve chamber was conducted, as well as the definition of the geometry of precast concrete retention elements.

The construction of the retention structures and pumping stations is underway, and how the precast elements are laid look out below.