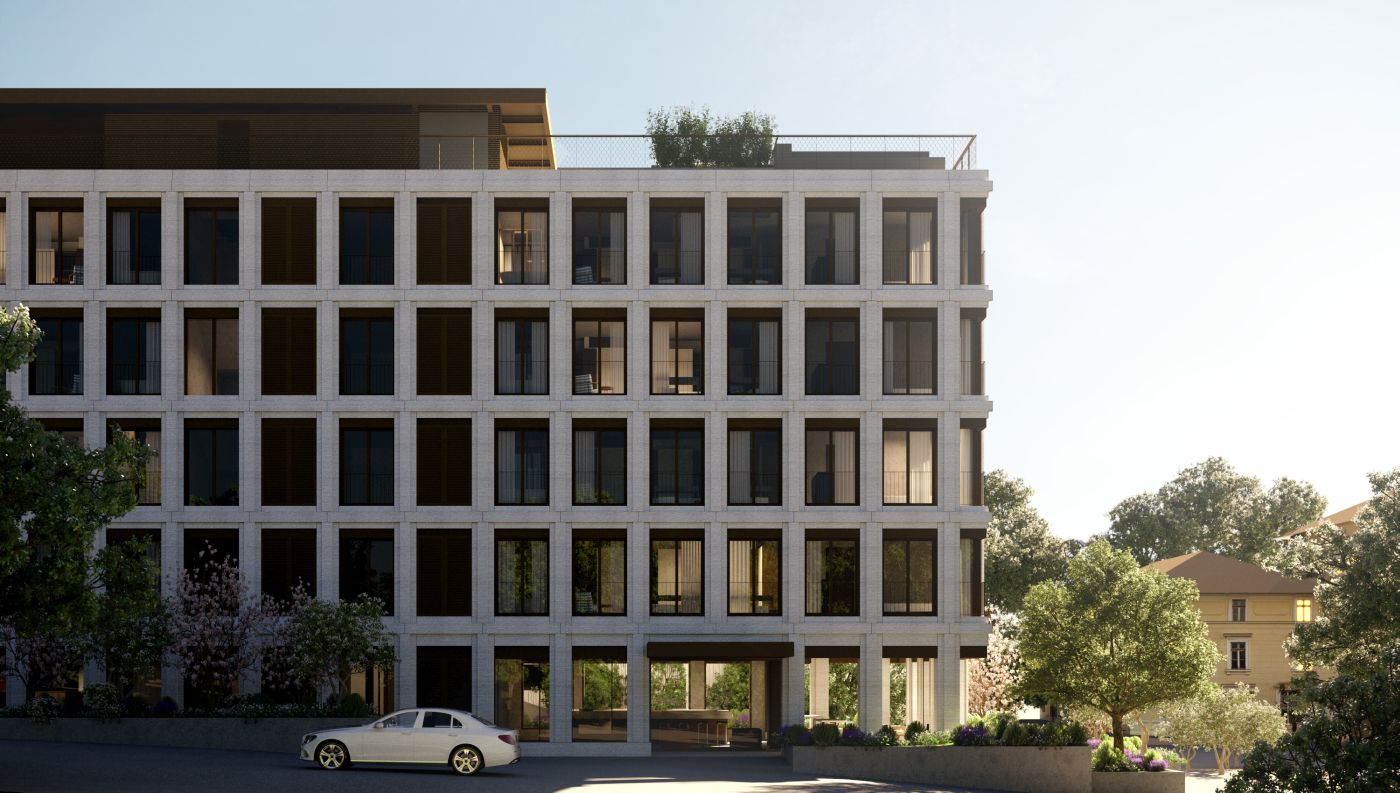 In the center of the city of Opatija, within the Slatina zone, the construction of a building for catering and tourism purposes ― a 5-star hotel ― is planned. The location intended for construction is bordered by Veli Jože Street on the west side, the Opatija Hotel on the north side and a town villa on the east side, and on the south side, it opens onto Vladimir Gortan Square.

The new hotel has a 2Po + P + 4 + Pk floor configuration and is planned to be in the basic shape of an elongated square. In addition to the five above-ground floors, where the basic hotel facilities are located (an entrance lobby and a restaurant with a kitchen on the first floor and accommodation units on the remaining floors), and the attic floor (roof houses for access to the roof terrace), the building also has two underground floors (additional hotel facilities ― wellness, an event hall and a garage).

Considering the planned excavation for the building and the demanding geological, hydrogeological and urban planning conditions (the existing road, installations, torrent riverbed and facilities), it is necessary to excavate, protect and seal a temporary open pit up to 15.0 m deep.

For the open pit protection and sealing design, engineering, geological and geotechnical investigations and testing were carried out. The works consisted of engineering and geological prospecting of the terrain, exploratory drilling with coring, Lugeon water permeability testing, groundwater level measurement, core determination, laboratory testing of samples and data processing of previous investigations.

Based on the conducted investigation works, it was determined that the location is made of surface desposits (made ground) to a depth of 5.50 m, below which there is a rock mass (limestone and breccia).

Considering the excavation of the open pit up to the elevation of 5.50 m below sea level, loggers were installed in the drilled boreholes with the aim of determining the groundwater level and its fluctuations. It was determined that the water level in the boreholes is above sea level (between 0.90 m above sea level and 1.30 m above sea level) and the water in the entire borehole column is freshwater. The groundwater level does not react to sea tides, but it does react to rainfall that recharges the aquifer from the karst hinterland (rainfall from the slopes of Učka).

For the purpose of the construction of the hotel, it is necessary to excavate a temporary open pit below the groundwater level. The sealing of the open pit is planned in order to ensure dry conditions in the construction phase.

After the jet grouting, the consolidation grouting of the rock mass is carried out ― the formation of a sealing grout curtain. By grouting the rock mass with a cement suspension under pressure, the discontinuity system is filled, ensuring the watertightness of the planned excavation. A grout curtain with a total floor plan length of 180.0 m and a depth of up to 20.0 m (9.50 m below the bottom of the open pit) is planned.

After the sealing is conducted, the temporary open pit protection commences.

For the pile wall and open pit protection within the rock mass, the installation of self-drilling anchors with a load-bearing capacity of 40.0 t and 63.0 t and a length of 3.0 m, 6.0 m, 9.0 m and 12.0 m is planned. The anchors are installed on a general grid of 2.50 m × 2.50 m. In the part of the site where the anchors are installed within the surface desposits, the formation of an anchor section by installing jet grouting columns with a diameter of 620.0 mm and a length of 6.0 m is planned. In parallel with the installation of self-drilling anchors, the installation of shotcrete is planned in two layers, each 5.0 cm thick, on the open pit face (between which a Q-188 reinforcing mesh is placed in one layer).

As part of the open pit protection design, the issue of foundation slab protection against the uplift (buoyancy) effect was addressed.

Given the complex geological, hydrogeological and urban planning conditions of the location, the construction of a new hotel is a demanding and complex project.

To ensure the highest possible reliability and clarity when designing, the open pit protection and sealing design is created using BIM technology.