The problem of stability of natural and artificial slopes is one of the biggest problems in geotechnics. Landslides occur as a result of instability, and imbalances in the soil are a ubiquitous problem that often has harmful consequences.

In order to detect and prevent the potential dangers of such occurrences in a timely manner, continuous monitoring is required, and one of the best known and most commonly used methods is measuring using inclinometers.

The inclinometer is an instrument that measures the normal displacement of the tube axis through which it is passed. The instrument is equipped with a sensor that measures the deviation of its axis from the vertical axis.
Slope inclinometers, also known as slope indicators, are used to determine the magnitude, rate, direction, depth, and type of landslide movement. This information is usually vitally important for understanding the cause, behavior, and remediation of a landslide.

Some typical inclinometer uses include:

Picture 1. Measuring equipment – cable, probe and ring for lowering and pulling of the cable on which the probe is placed 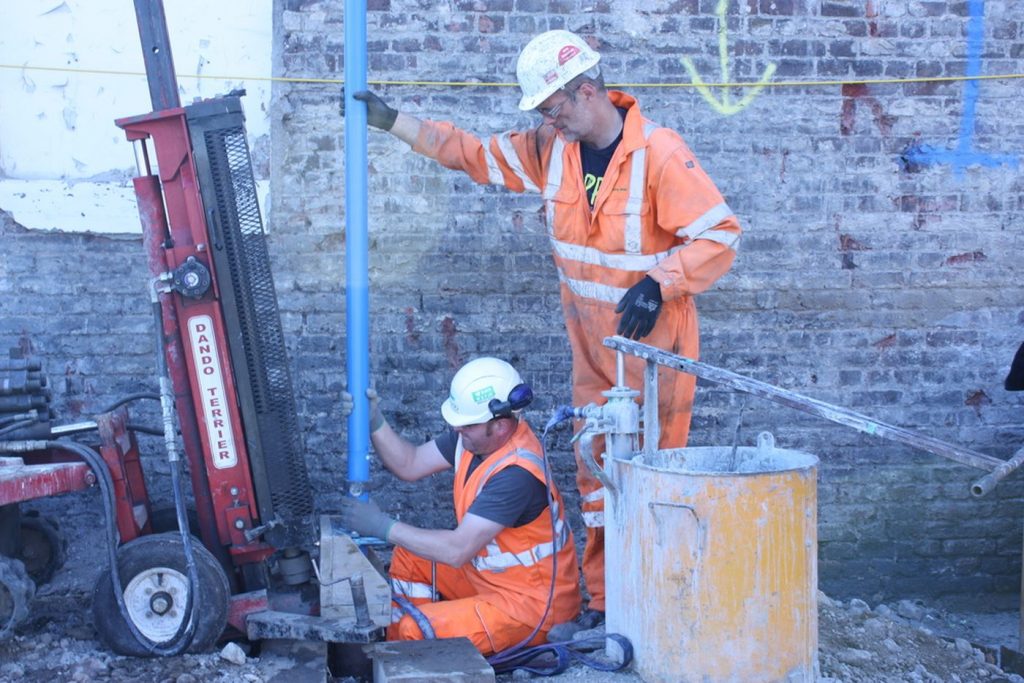 The inclinometer tube (inclinometer casing) has four horizontal grooves along the inside, which are used as guides for the probe when testing the inclinometer casing declination.
The tube in the borehole or armature should be orientated in such a way that one pair of guides is facing in the approximate direction of the expected shifts.

Picture 3. Plastic inclinometer tube and the directions of major and minor movements.

Types of inclinomter and the measuring procedure

There are three types of vertical inclometers: 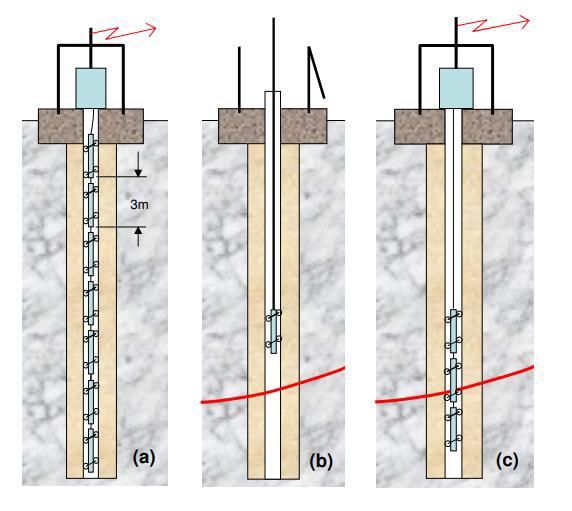 In the case of installed inclinometers, the probes are equipped with sensors and inclinometers positioned at depths where the slide is expected to occur. The shifts can be read out periodically and continuously, and the results are sent to the data processing system. This type of inclinometer is used when the slide depth is known.

In the case of motion inclinometers, the inclination sensors are installed in the probes. The initial measurement is performed approximately 5-10 days after inclinometer tube installation into the soil or after the injection mixture has sufficiently hardened. The measuring probe is lowered and it measures the inclination between two measuring points at given intervals. The measurement begins by pulling the probe from the bottom of the tube up until the first measuring mark on the cable comes into the brake. When the logger shows a stable measurement value, the operator activates the trigger for the registration (note). The probe is then retracted to the next tag, and this described procedure is repeated up to the top of the tube or the cable tag marked as the last one. By comparing the measured tube slope with previous measurements, the inclination and the displacement are determined. 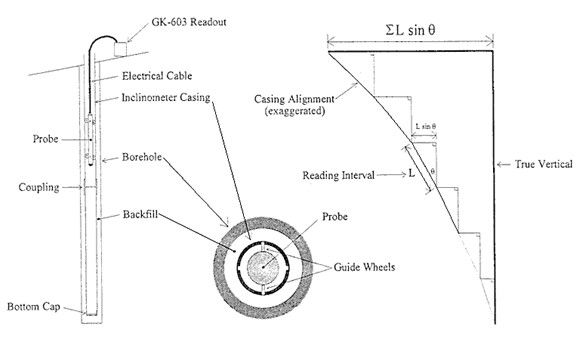 Picture 5. The working principal of inclinometer with probe

During the observation, the position of the sliding surface is determined, the shifts between the measurements are examined in contrast and the deformations are observed. 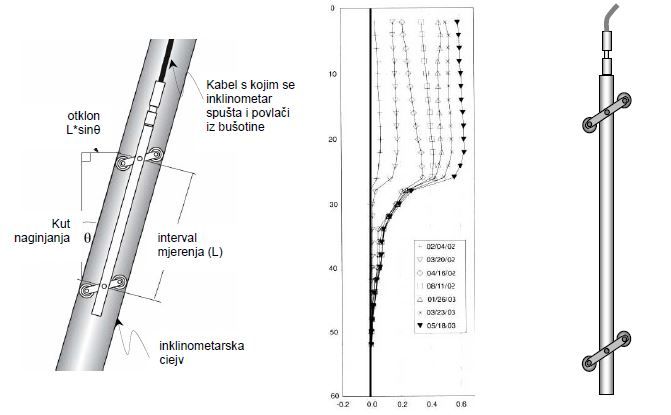 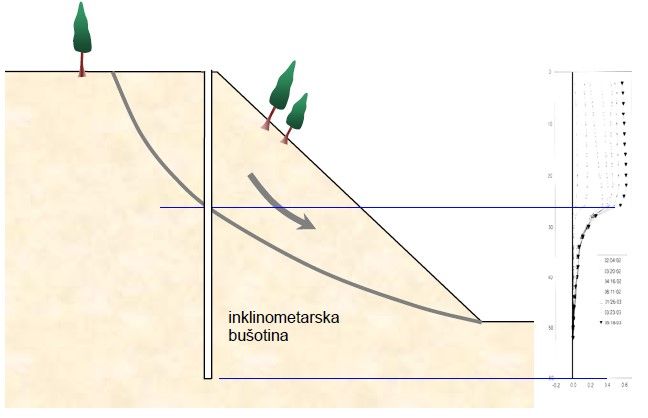 The constructed boreholes (inclinometers tubes) were of the following lengths: borehole B1 – 10.50 m in length and borehole B3 – 10.00 m in length. The tubes were injected with cement mortar along the entire depth of the inclinometer tube. Steel covers were executed on the top of the tube for protection. The measurement was executed in the period from September 19, 2018, to March 20, 2019. 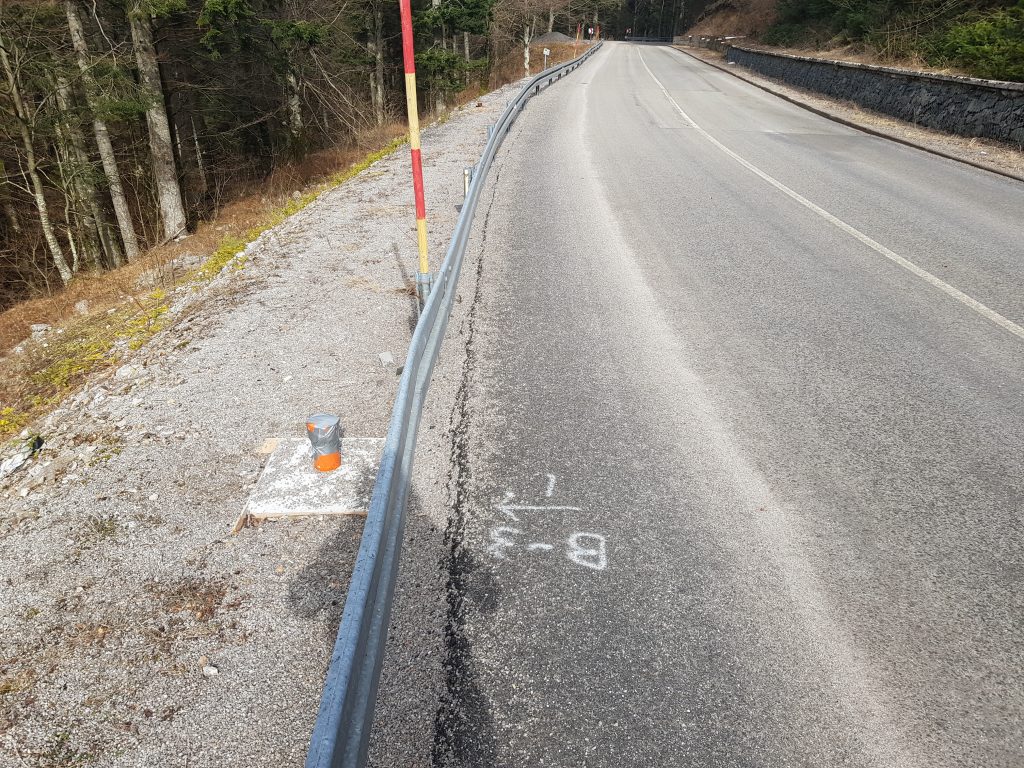 The results of the displacement for the individual inclinometer boreholes are shown below. 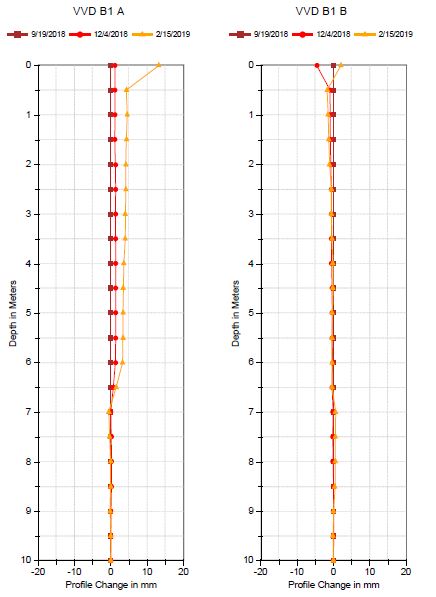 Picture 8. Graphic representation of measurement results in the executed inclinometers, borehole B1 (left) and borehole B3 (right)

These conducted measurements have helped determine horizontal displacements on the county road in Gorski Kotar. Over the course of 182 days of measurement, horizontal shifts in the direction vertical to the road demonstrate a slight rising trend, which can be seen in the results shown. Since the measurements were executed in a period with no significant rainfall, it can be expected that bigger and quicker changes will occur due to the rise of groundwater level. The displacement analysis has established the location of the sliding surface to be at approximately 7 meters depth at the B1 well.

Landslide monitoring using inclinometers provides engineers with quality data on landslide characteristics that can be applied for prevention or landslide mitigation purposes. Nature is often unpredictable and timely measurements and observations are essential in the fight against landslides.