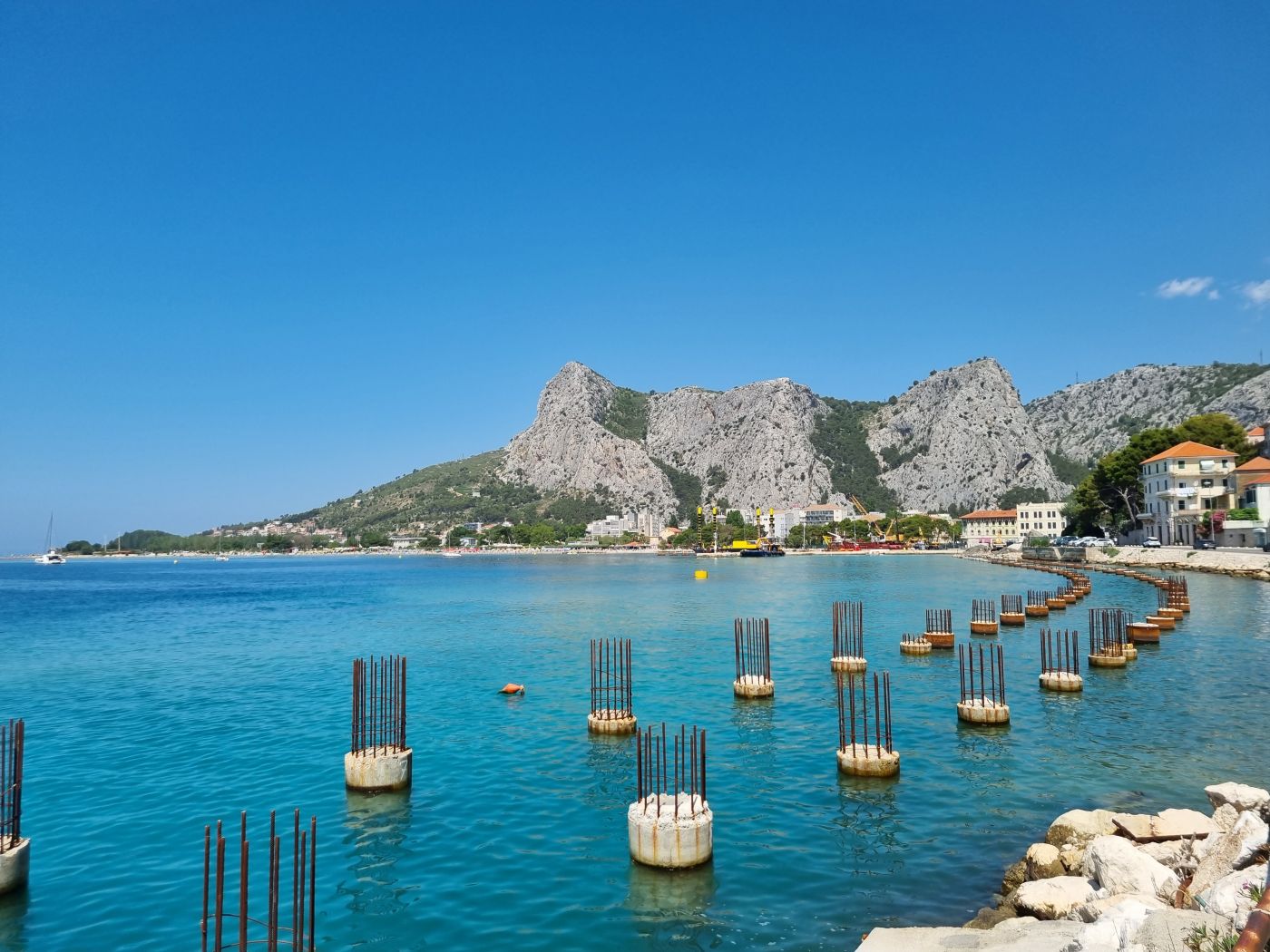 In order to prepare a geotechnical report for the project, eleven (11) exploratory rotary boreholes of individual lengths from 8.0 m to 20.0 m and a total length of 146.6 m were constructed and seven (7) Haefeli probes tests were carried out. A special feature of this project was drilling in seabed from a vessel—a ferry and a fixed pontoon. The boreholes gave us insight into the soil profile to a depth of 20 meters, while the SPT tests gave us information about the density of deposits at certain depths. Haefeli probes were also conducted in the seabed, helping us determine the density of the surface horizon of the soil profile up to a depth of 0.8 m.
After the investigation works for the detailed design of the port reconstruction were carried out, recommendations regarding the port construction technique were established. For the areas where the depth of rock mass was determined, the method of deep foundation was selected, using piles Ф = 1200 mm in diameter. For the parts of the coast where the depth of rock mass was not determined up to a depth of 20 meters, foundation with a pile wall made of reinforced concrete drilled piles with a diameter of Ф = 1200.0 mm is planned.