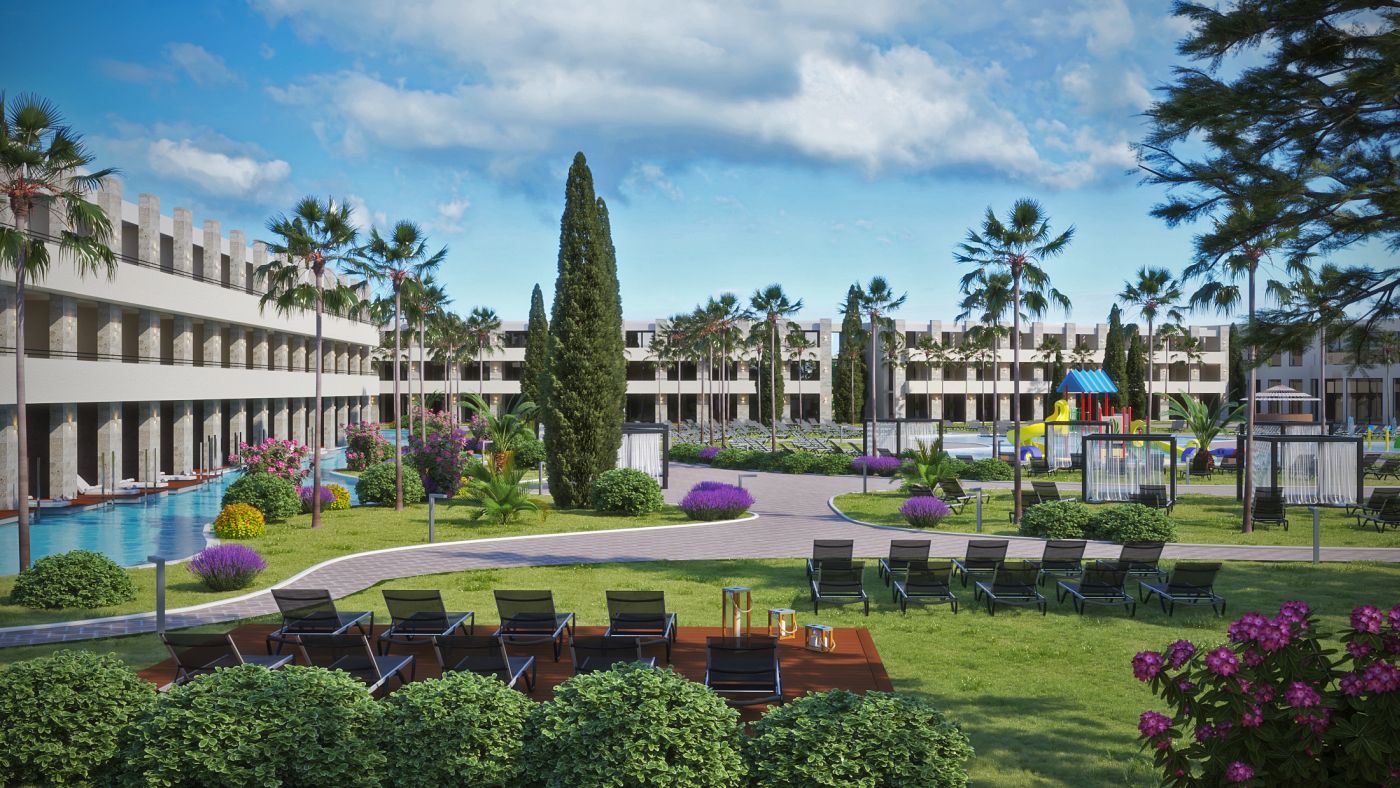 The construction of a new Albatros 2 Hotel building is planned on a plot of about 50 thousand square meters near the town of Cavtat, about 850 meters from the historic center between the Žal Promenade and Put od Oboda Street.

Sports courts and the existing Albatros 1 Hotel built in the seventies sit next to the future Albatros 2 Hotel.

The future building for catering and tourism purposes will cover 16.400,88 square meters and have a total of 3 above-ground and 1 underground floor with a total of 252 accommodation units. The design by the architects from Studio 90 plus / Dizarre kreativna arhitektura fits perfectly into the spatial ambience. The form of the building is fragmented into smaller blocks permeated by green corridors and all accommodation units have a view towards the sea shore. The basic construction system consists of AB walls.

Geotechnical and engineering geological investigation and testing were carried out in February 2021 and included:

In the scope of the geotechnical investigation and testing, four rotary boreholes (individual lengths of 12.0 to 15.5 m and total length of 55.0 m) were drilled. The boreholes were used to determine the geotechnical characteristics of the location and the foundation soil. The drilling was conducted with continuous coring along the entire depth of the borehole.

As part of the geotechnical investigation and testing, geophysical tests of shallow seismic refraction of P-waves (Delta-t-V-method) with a total length of 993 m were also conducted.

The conducted laboratory soil tests included the soil density test, the Atterberg limits, the determination of the shear soil strength and the soil compressibility test by an edometric experiment.

Geotechnical feature of the location

The conducted investigation and testing and the geotechnical prospecting of the terrain established that the location consists of three lithostratigraphic units and the Eocene limestone bedrock covered with deposits of made ground and alluvium. Alluvial deposits were brought by the canalized watercourses Mala and Velika Rijeka.

The spatial arrangement of geotechnical units and the position of the future object is shown in the geotechnical section. The section gives a clear insight into the conditions of the foundation soil below the object.

Archaeological excavations at the location

An archeological site was found next to the location of the future Albatros 2 Hotel, where parts of prehistoric objects were explored. The archeological units attributed to the medieval period were isolated.

Archeological excavations were conducted in parallel with the investigation and testing for the future Albatros 2 Hotel. The remains of border walls, villa rustica and parts of mosaics were found.

After the geotechnical investigation and testing, recommendations for the foundation soil arrangement and foundations were established. A shallow foundation with a combination of AB slab foundations and strip foundations on a rock embankment in geotechnical unit 1 – Alluvium was selected. The planned foundation evenly distributes the bearing surface and keeps the soil compaction within acceptable limits.