Geology is an earth science concerned with the solid Earth, the rocks of which it is composed, and the processes by which they change over time.
Geology demonstrates the history of the Earth and provides the primary evidence for plate tectonics, the evolutionary history of life, and the Earth’s past climates.
Understanding geology is crucial for mineral exploration and exploitation, understading climate changes, evaluating water resources and mitigation of natural hazards.

History of geological research of Istria

Geological structure of Istria has been studied in history by many geologists and researchers, especially Italians and Austrians, who have published works of their research around Istria and most of the islands since the middle of the 19th century. 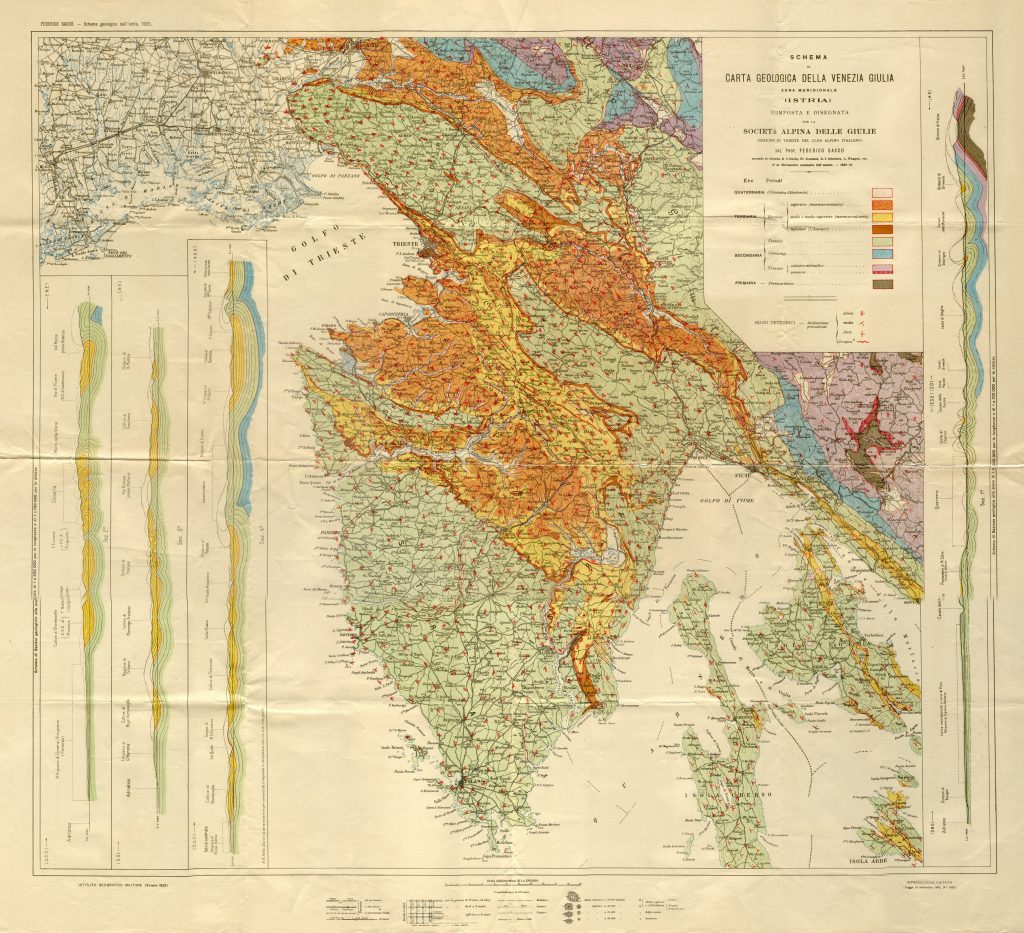 The structure of Istria

Istria belongs to the Adriatic Carbonate Platform and is built mainly of shallow water carbonate deposits sedimented from Jurassic to Paleogene period of Earth’s history. After the upper Cretaceous emerging, transgression conditioned sedimentation of Foraminiferal limestones, while further deepening of the area conditioned sedimentation of paleogenic clastic formations also known as flysch.

Istrian peninsula encompasses an area of 3476 km2 divided by three states, Croatia, Slovenia and Italy. Morpologically, Istria consists of wavy plains, composite valleys, irregular shores and mountainous area in the form of several structural stairs of Ćićarija with Učka’s inner slopes. Geological structure of Istria can be identified by the “people’s” division of Istria into White, Grey and Red, which shows the morphological and geological diversity. White Istria represents the higher ground with carstified rocky area of Učka and Ćićarija, built of carstified cretaceous and paleogenic limestones. Gray Istria is represented by depression filled with flysch material, while Red Istria represents the southwestern and western parts of the Istrian peninsula, its color owed to the amount of red soil (terra rossa) that covers the plateau made of jurassic and cretaceous carbonate rocks.

Photo 2. Division of Istria into White, Grey and Red

Exploitation and use of mineral raw materials of Istria

Geological structure of Istria with its various lithotypes, caused the people’s interest during history, especially because of their beauty and geotechnical properties, which caused frequent exploitation and use of the Istrian architectural stone. The most famous and most prestigious architectural stone in Istria is the “Kirmenjak”, upper yard age and the upper “Istrian yellow” or “Kanfanar”. The most famous objects created by the exploitation of the Istrian stone were the Gates of Hercules and the Arena built in Pula during the Roman era, and the Euphrasian Basilica built in Poreč during the Byzantine era. Istrian architectural stone was exploited during the Venetian Republic for the purpose of building many of the famous palaces, ornaments, sculptures and docks in Venice (Doge’s Palace, Cadore, church of St. Zacaria and Ponte di Rialto). With the arrival of the Austro-Hungarian Monarchy, Istrian stone is also transmitted to the interior of Europe (Vienna, Budapest, Prague). Today, the stone from the Istrian region is known and appreciated in the entire world market. In addition to the architectural stone, minerals (coal, bauxite, quartz sand) were also exploited in Istria. 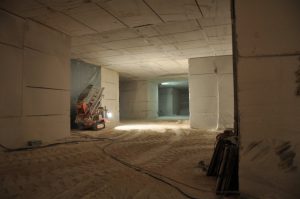 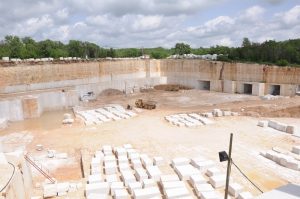 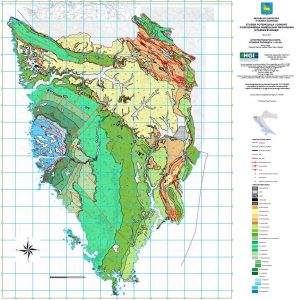