Deep foundation for a new school building in Osijek I Geotech d.o.o. I 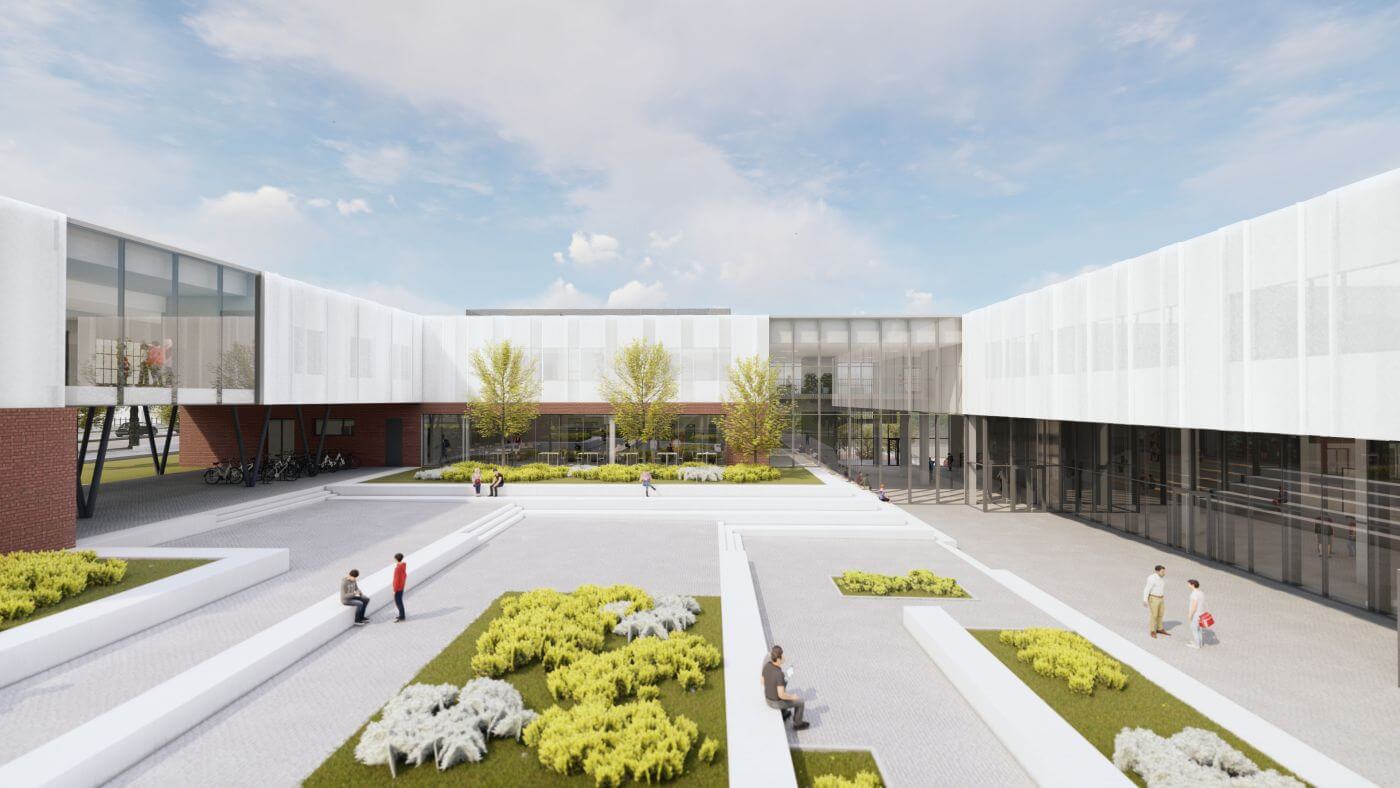 Deep foundation for a new school building in Osijek

The construction for a new school building of the Prva gimnazija high school is planned in the northwestern part of Osijek. The site is located between Strossmayerova street to the south, opposite the Pejačević Castle, with Podravska street to the east and the river Drava to the north.

The new building will cover 7758.0 square meters and will have 3 floors. Along with the new building, a new schoolyard, access road and parking lot are planned. The works also include the leveling of the northern part of the facility intended for the sports gym. The main architectural project is developed by STUDIO MAPA d.o.o. from Rijeka.

Given the existing terrain characteristics, it is necessary to transfer the load of the building to deeper and more favorable foundation layers in order to reduce differential settlements. Based on the conducted geotechnical exploration and investigation works, we opted for foundation soil improvement by stone columns and deep foundation in the form of jet grouting columns.

Geotechnical Features of the location

Based on the geotechnical report, we have determined that there is made ground of discontinuous cover on the southern part of the scope, which is a result of uncontrolled and long-term deposition of building material up to 8 meters high on the existing terrain meters high.

The conducted investigation works have identified the occurrence of groundwater in the wider area, while locally it has not been determined. The change in groundwater level at the location is conditioned by the increased inflow from the hinterland, intense rainfall and fluctuations in the water level of the river Drava. Drainage water during and shortly after rainfall periods tends to pass through made ground deposits, while clay and silts deposits represent a local hydrogeological barrier for groundwater and surface water movement.

The deep foundation and foundation soil improvement are used at the basement foundation level of the building.

The execution of the stone columns is carried out from the bottom of the future foundation structure. Prior to the column design, a working plateau – crushed stone layer of granular material Ø0-63 mm, 30.0 cm thick, is constructed beneath the future foundation structure. After the execution of the stone columns, it is necessary to compact the crushed stone until the measurement determines the minimum compressibility modulus Ms = 60.0 MN / m2.

The construction of a new school building such as this one is an extremely complex and demanding project, but one that will surely provide Osijek high school students and teachers with more adequate space and better working conditions. We are extremely pleased to be part of a project that promotes higher quality education and ultimately a more promising future.

To ensure the highest possible reliability and clarity when designing, the deep foundation and foundation soil improvement is made with BIM technology.

A model of deep foundation (stone and jet grouting columns) for foundation soil improvement of the Prva gimnazija high school in Osijek is shown below:

If you have any question be free to contact us!