Soil liquefaction - description and protection measures I Geotech doo I 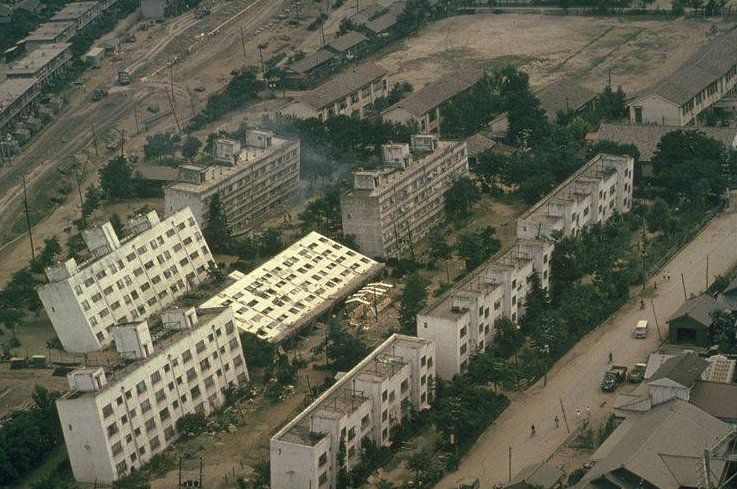 Local soil conditions have a significant effect on damage to structures caused by earthquakes. During an earthquake, different kinds of soil conduct generated seismic waves in different ways and their effect on structures depends on the characteristics of the foundation soil.
Many earthquakes, such as those that occurred in Japan in 1964 (Niigata) and in 1995 (Kobe), emphasized the impact and the possibility of the soil liquefaction. Liquefaction is one of the most dramatic phenomena and causes of damage to structures during the earthquake. 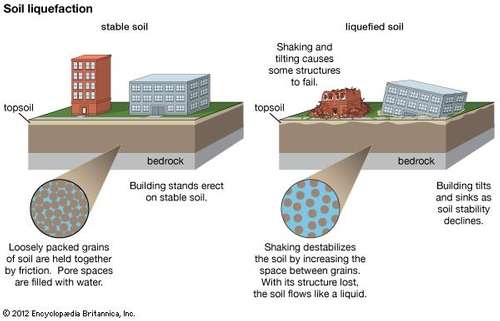 However, liquefaction doesn’t occur as a result of any strong earthquake; several conditions must be met for its’ occurrence.
The main factors which affect liquefaction occurrence are the degree of soil compactness, particle size and degree of water saturation.
The coarse material (sands) have proven to be the most susceptible to the liquefaction process, considering all the factors. The reason is usually higher porosity (amount of fine grain in soil volume) than in fine grain soils. A seismic wave may cause complete loss of soil shear strength, if such material is almost completely filled with water. The soil particles begin to move freely in the water and the soil behaves like thick liquid.

Certain materials have a tendency to decrease the volume or compactness during the deposition of any type of load (static or dynamic). Since the earthquake load is cyclic and fast, the soil has no possibility of draining the water in the pores and there is an increase in the pore pressure (Picture 2).

With the increase in pore water pressure, the effective stress in the soil is reduced. When the pore pressure reaches the value of the overall stresses, it causes the loss of stiffness and shear soil strength, as well as the potential soil settling (the weighing of the heavier structures). 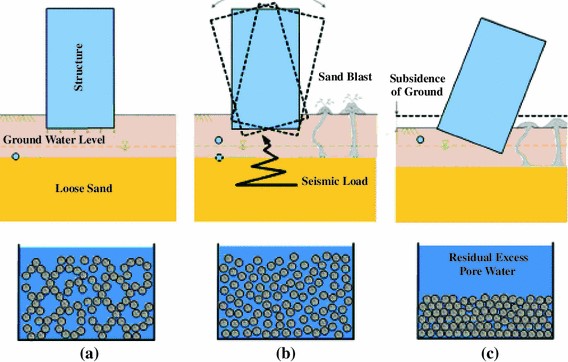 Picture 3. Scheme of the differential settlement of the structure due to the foundation soil liquefaction 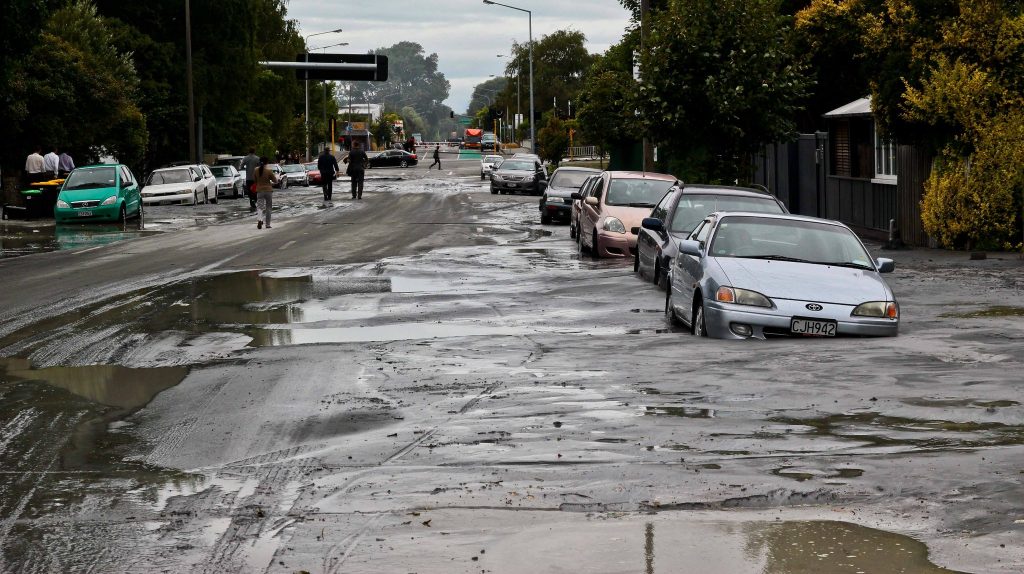 Picture 4. The consequences of liquefaction after the earthquake in Christchurch (New Zealand), 2011

In order to estimate the occurrence of liquefaction at a location during a strong earthquake, it is necessary to investigate the location and make a geotechnical report that should contain the following data:

Prevention of consequences of liquefaction on existing structures can be executed in several ways:

The most common way of preventing the occurrence of liquefaction are foundation soil improvement methods. One type of improvement is to replace the susceptible soil with the appropriate amount of gravel.

A more favourable form of the granulometric soil curve in a narrower location is obtained in this way. Since saturation with water is one of the main factors affecting the occurrence of liquefaction, vertical gravel drains are often used for faster water drainage due to their permeability. Stone columns are one of the best methods of reducing the liquefaction potential. Because they are performed by vibration, they increase the compactness of the foundation soil on one side, and because of their water permeability, they also allow faster water drainage. Also, there are chemical soil stabilization methods using cement, but they are not used as much because they are not as profitable.