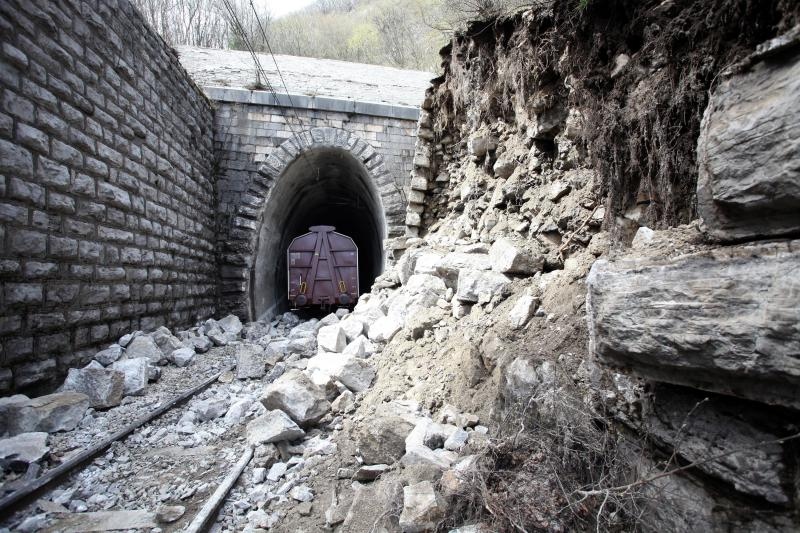 We remember one of our interesting projects on the Kupjak tunnel, which is located on the railway M202 Zagreb GK – Rijeka.
The town of Kupjak was named after the nearby Kupjak peak under which is the source of the Kupica spring, and it is interesting that there are four places of the same name in the world: two in Afghanistan, one in Iran and one in Croatia. 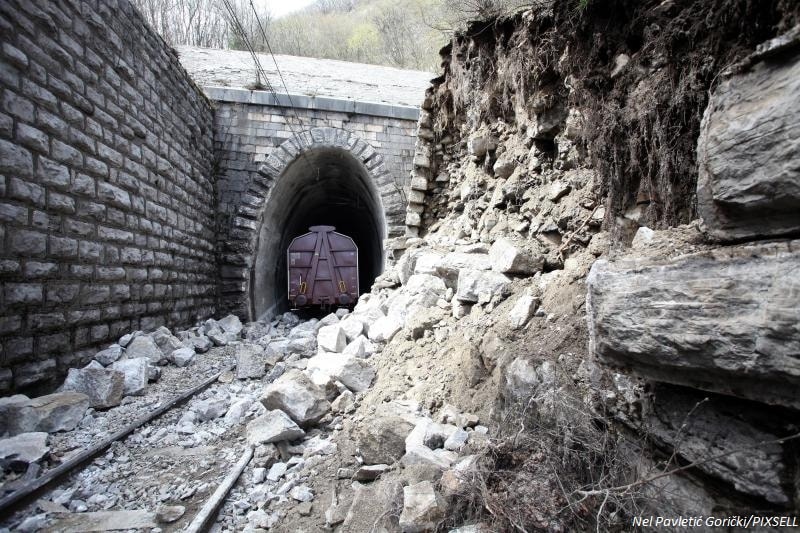 Another interesting thing is that the Kupjak tunnel, with the length of 1222.70 m was opened in 1872 and is considered the biggest challenge on the Karlovac – Rijeka railroad as the biggest challenge on the Karlovac-Rijeka railroad.
Due to a present hydrogeological barrier of the clay layers, the right precut of the tunnel collapsed in a period of increased precipitation, and on April 7, 2011, heavy rail accidents occurred due to a collapsed stone wall. 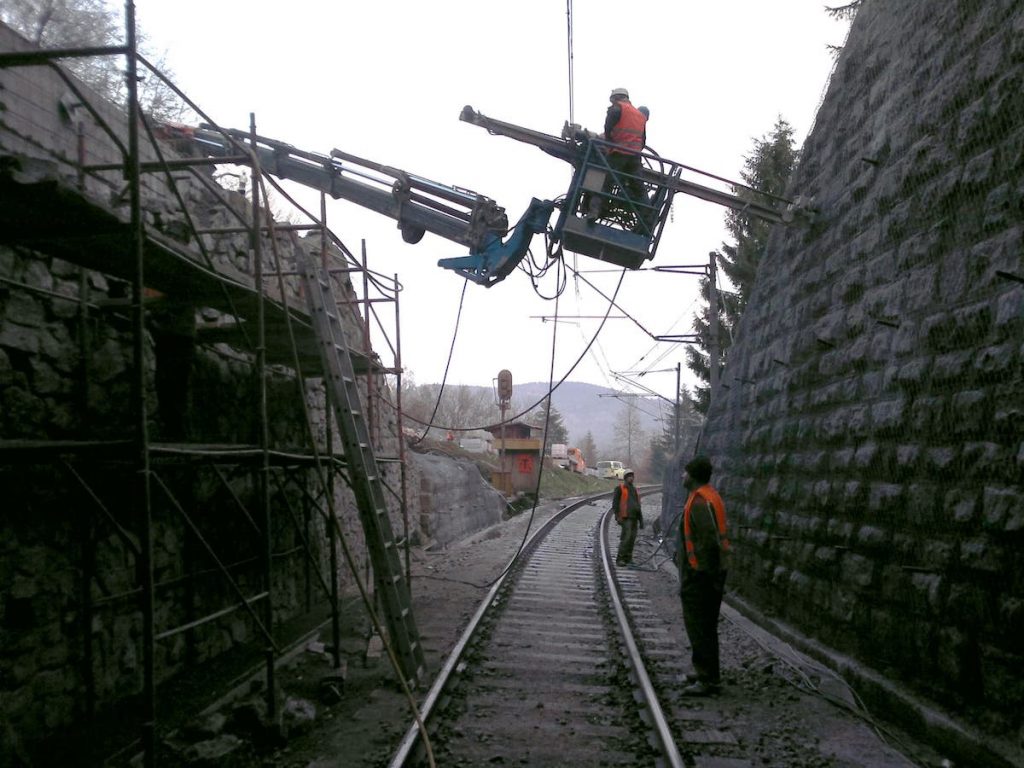 The design was made in order to check and ensure the stability of the whole precut and the entrance portal of the Kupjak railway tunnel.

After geotechnical exploration and investigation, the design for remediation of the entrance portal and precut of the tunnel was made. For the purpose of this project, four boreholes of a total length of 34.0 m were executed. The wells were used to determine the geotechnical and engineering geological features of the site, and the drilling was carried out by continuous core drilling over the whole lenght. 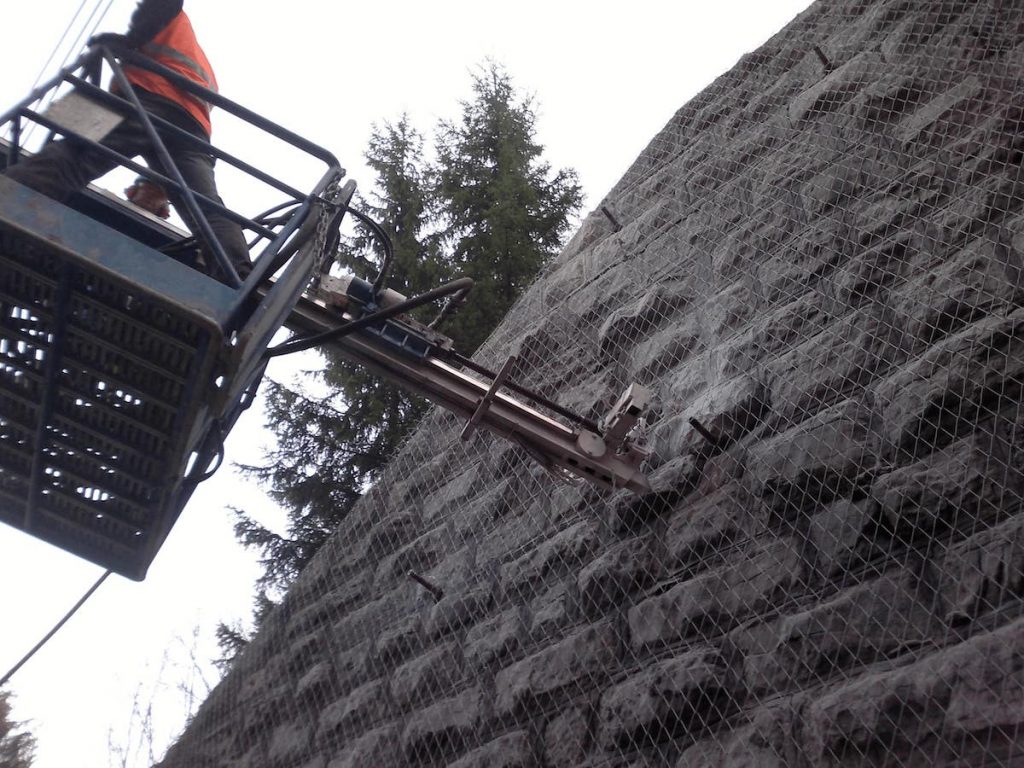 The remediation of precut of the tunnel was performed as follows:

Right precut of the tunnel:

The remediation was carried out with a reinforced concrete wall, and self-drilling rock bolts length of 3.0 to 9.0 m.

Left precut of the tunnel: 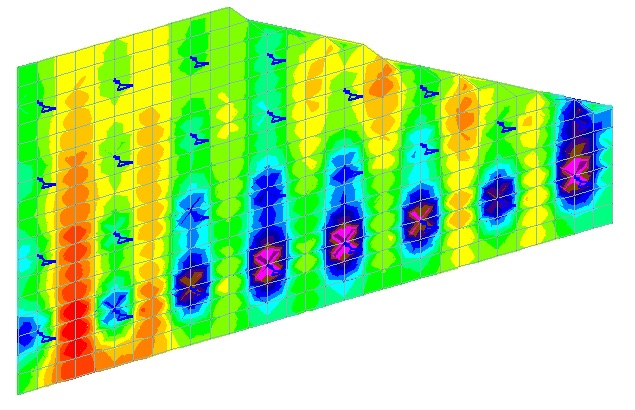 Tunnel portal remediation was carried out with shotcrete and anchors. Measurements and observations of provided measures were conducted during the construction and exploitation phase.