Within the existing complex Plat, near Dubrovnik, a reconstruction and construction of a hotel complex Hotels Plat is foreseen.
The complex is located in the municipality Župa dubrovačka, on a mild peninsula Plat on the east coast of a spacious coav. The whole complex of hotel Plat is spread across 6.3 ha of land.

Within the complex, on a steep slope, a reconstruction of an existing hotel Ambasador is forseen. The reconstructed hotel, which will spread across 13 stories will bear the name Hotel Sensatori.

Based on conducted exploration drilling and laboratory works it has been determined that the location is presented with three lithostratigraphic units which are limestone breccias, degraded marl / clay and marl.

The terrain is mostly made of breccias and marl that are in certain places divided with clay that originated by marl degradation.
The foreseen execution of an open pit presents an unfavorable situation giving the fact that the bottom of the excavation is located within the clay and marl which causes a potential sliding of the breccias along the degraded marl. 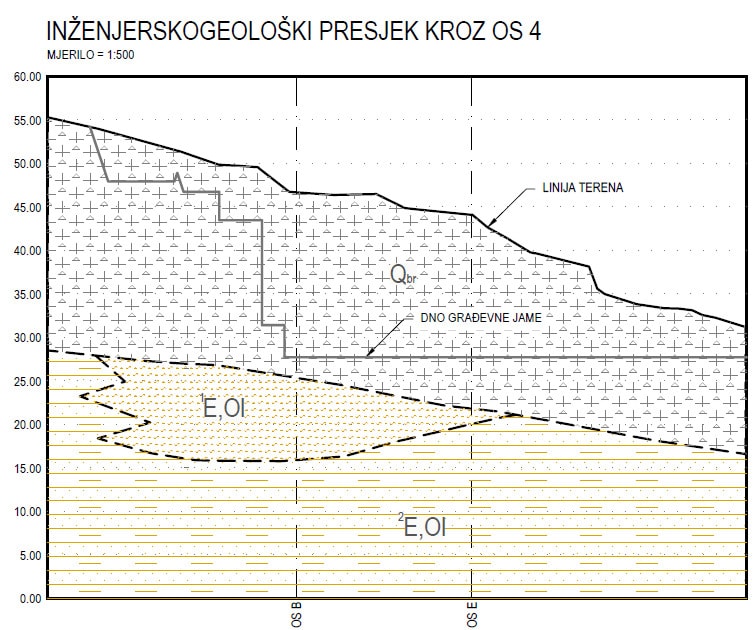 Since the location is in the Dubrovačko-neretvanska county, for the need of design a seismological study has been made in which a representative catalog of earthquakes, a calculation of a seismic hazard, a calculation of a maximum acceleration and earthquake intensity as well as an assessment of influence on the local soil has been made.
For the need of analysis, earthquakes in the radius of 100,0 km have been studied. 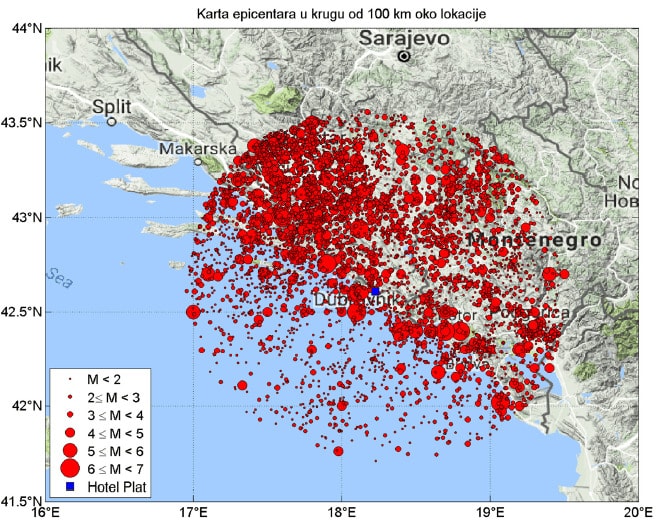 For the determined soil, maximum accelerations have been assessed that were included in the design of open pit protection measures.

Based on conducted investigation a main open pit protection design for Hotel Sensatori has been made.
Considering the unfavourable geological structure and the earthquake zone the open pit is protected in two levels.

The top part of the open pit (within the breccia) will be secured with the installation of self-drilling anchors in length of 6,0, 9,0 i 12,0 m as well as reinforced shotcrete and reinforcing mesh. 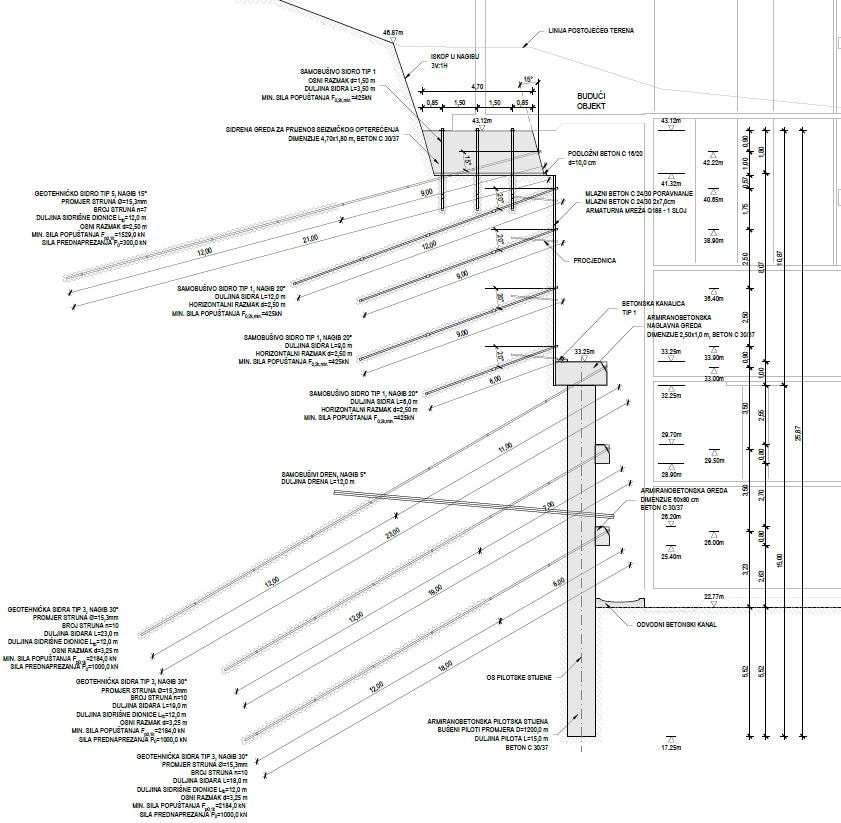 Calculations of mechanical resistance and stability of the open pit protection measures were conducted in the program FLAC 7.0. 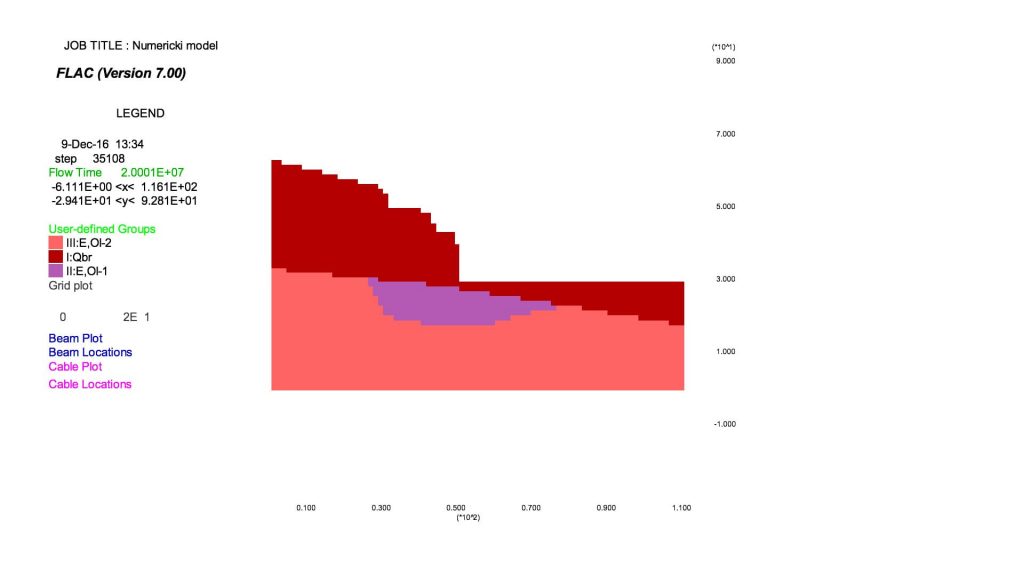 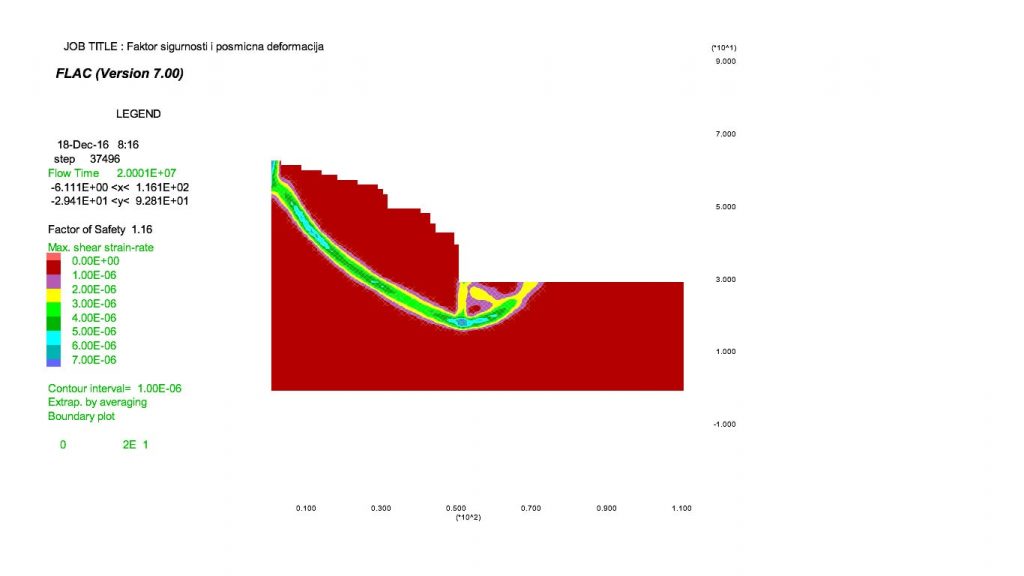