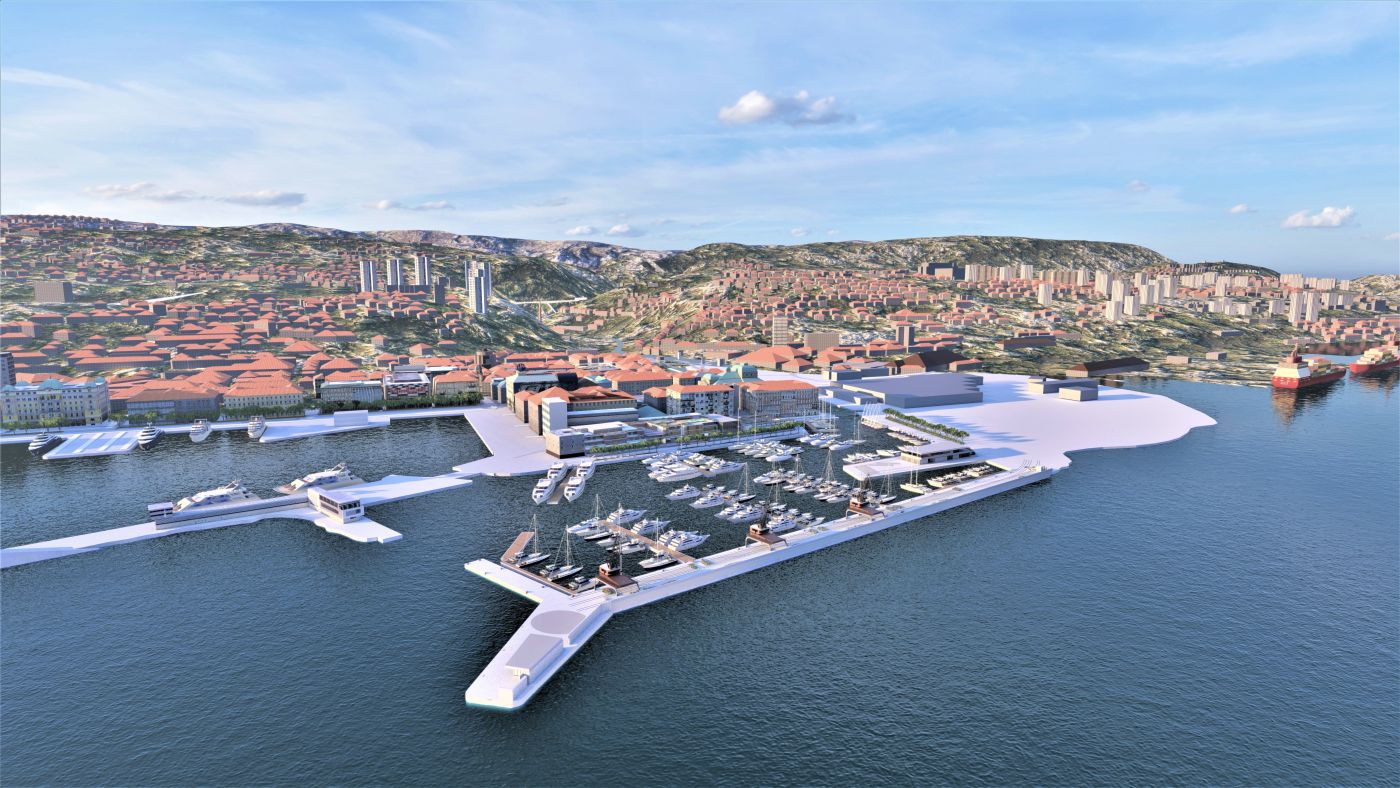 The construction of a new nautical tourism port, the Porto Baroš port, is planned north of the river Rječina, in the scope of the existing port of Rijeka. The planned construction project will include the reconstruction, conversion, extension and upgrading of existing buildings and the construction of new buildings. The capacity of the port will be 260 berths, of which 182 will be charter type berths and 89 will be berths for private ships. The port of Porto Baroš is planned in the category of 5 anchors and the conceptual design is developed by Zona sto d.o.o.

For the construction of the Porto Baroš port, a geotechnical report was made on the basis of the conducted engineering geological and geotechnical investigation and testing, which included:

In order to determine the geotechnical characteristics of the location and the foundation soil, seven (7) exploratory rotary boreholes from 20.0m to 60.0 min length and with a total length of 199.0m were drilled. In one of the boreholes a static penetration experiment with measurement pore pressure (CPTU) was performed. Prior to the CPTU measurement, a 38.0m long predrilling and borehole casing using fill material was carried out, in order to allow the CPTU equipment to operate smoothly. A cone-shaped probe was then inserted into the ground at a uniform speed, measuring the resistance, qc, and the friction on the probe mantle, fs, which is activated when the probe is inserted between the mantle and the surrounding soil.

A geophysical survey of seismic refraction was also conducted in the study area, in the scope of which six (6) seismic profiles and four (4) MASW profiles measuring a total of 801.0m in length were built in order to determine the spatial distribution of engineering geological environments. The laboratory tests performed on the samples gave us useful parameters that served as input data for the design. For the purpose of determining the depth and shape of the foundations of the existing building, 4 probe pits were excavated.

As part of the planned investigation works, a water permeability test was performed by pouring water gravitationally at a constant flow into an absorption well. Additionally, continuous water level measurements were performed over a period of 45 days in the constructed absorption wells using automatic water level loggers with 30-minute measurement intervals.

Based on the conducted investigation and testing, made ground (AF) and alluvium (Qel) were determined. They were divided into 5 geotechnical units based on granulometric composition, compaction and consistency of the material. The made ground deposits are represented by poorly graded gravel of medium to high density, which in some places contained larger amounts of clay. The alluvial deposits are very heterogeneous and are represented by deposits of clay and silt of stiff consistency and deposits of sand and gravel of low to high density. The area is located in the immediate vicinity of the river Rječina estuary, which brings eroded material from the river sediments that are over 55m thick in some places, as determined by exploratory drilling.

Once completed, the nautical port of Porto Baroš will be the most luxurious marina in Croatia. Because of its size and favorable geographical position, it will be of great importance not only for the citizens of the Rijeka but also for the tourism and nautical tourism sectors in Croatia as a whole.